Each year, a collection of the industry’s biggest names gathers together for the annual TAA convention. The TAA (Tobacconists’ Association of America) represents a the industry’s most professional, experienced, and educated tobacconists. For 2018, the convention is being held from April 29th to May 3rd, located in Casa de Campo, La Romana in the Dominican Republic.

At the event, many manufacturers (such as Joya de Nicaragua) will unveil unique sizes and/or blends that will be offered solely to TAA-certified retailers. Joya has announced that they will debut the Antaño Gran Reserva Presidente to coincide with the two company’s 50th anniversaries.

When I requested the Gran Reserva blend in the Presidente size, it immediately became my private smoke. This is by far my personal vitola and the one that I request the factory for my daily smokes.

I decided to share it only for special occasions. I can’t think of a better opportunity than this shared celebration of five decades of perseverance and companionship between TAA, its members, and Joya de Nicaragua.Dr. Martínez Cuenca, Joya de Nicaragua Chairman and CEO

Antaño Gran Reserva Presidente is rolled in a 6¾” x 50 box-pressed vitola, joining the three former sizes that were launched in 2017. The cigars are offered in boxes of 20, retailing for $12.50 per cigar and becoming available to consumers in May.

This limited release is part of Joya’s 50th anniversary celebration, where the company is expected to make more announcements/projects throughout the year. 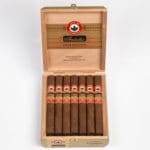 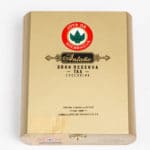 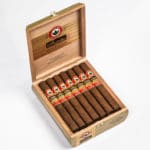