Fate has a peculiar way of uprooting the plans of mere mortals. For example, Ernesto Pérez-Carrillo, Jr. did not set out to pioneer the popularity of highly-rated “boutique” blends. Nor did he set out to become the father of large ring gauge cigars. Instead, after learning how to play instruments in the percussion section of his school’s band, Ernesto’s dream was to become a professional drummer in the musical genre of jazz. After completing high school, Pérez-Carrillo began spending his mornings working in his father’s small El Credito cigar factory in Miami, which produced blends for the local market. His nights were spent playing drums in gigs around town. Finally realizing that South Florida was not the ideal place for a struggling jazz musician trying to make his mark, Ernesto moved to New York at the age of twenty-five. After securing a day job at the Nat Sherman Townhouse, Pérez-Carrillo prowled the city’s night clubs in the evening, playing the drums whenever he was given the opportunity. One night, Stan Getz—the famous “bossa nova” tenor sax player—wandered into a club where Ernesto was playing and asked him to audition for the band. Unfortunately, Pérez-Carrillo “froze” during the audition and Getz told the young musician that he needed to acquire a few more years of performing experience. Shortly thereafter, Ernesto’s mother called and told him that his father was sick and needed help with the business. Shelving his sticks, the drummer returned to Miami.

When his father died four years later in 1980, twenty-nine year-old Ernesto took over the operation of the El Credito factory. His first several years managing the operation were rather lean—dwindling demand in the Miami market for his cigars, coupled with rising expenses. However, using the memory of a Cuban Davidoff cigar he had smoked in 1982 as a guide, Pérez-Carrillo finally perfected a new blend, which he named La Gloria Cubana. The cigars became an immediate hit in the local market and at a few select tobacconists across the country. And then, once again, the hand of fate suddenly reached out and touched the young tobacco man. In September of 1992, the premier issue of Cigar Aficionado hit the newsstands. Utilizing a one-hundred point rating system, the magazine’s review panel gave four La Gloria Cubana vitolas a rating of ninety points or higher—outperforming both established brands and Cuban competitors. Overnight, La Gloria Cubana became the industry-leading boutique brand. With demand outstripping the production capacity in Miami, Ernesto soon established a large factory in the Dominican Republic to manufacture his cigars. A few years later, Pérez-Carrillo introduced the La Gloria Cubana Serie R—the first large ring-gauge cigar line to receive a devoted following. In 1999, Swedish Match (now Scandinavian Tobacco Group)—the owner of General Cigars—bought the brand from Ernesto. Carrillo continued to work for the new owners before finally retiring from the company in March of 2009.

A few months later, Ernesto established the EPC Cigar Company with his son, Ernesto Pérez-Carrillo III, and his daughter Lissette. The company’s freshman release was the E.P. Carrillo CORE—a blend composed with an Ecuadorian Sumatra wrapper, a Nicaraguan binder, and filler leaves from the Dominican Republic and Nicaragua. Over the ensuing years, EPC has released at least one new blend on an annual basis, while also producing cigars in collaboration with Crowned Heads (Four Kicks, Headley Grange, and J.D. Howard, among others). At last year’s IPCPR trade show in Las Vegas, EPC introduced several new blends along with a complete revamping of the company’s existing portfolio. His twenty-three unique blends are now grouped into five main categories. 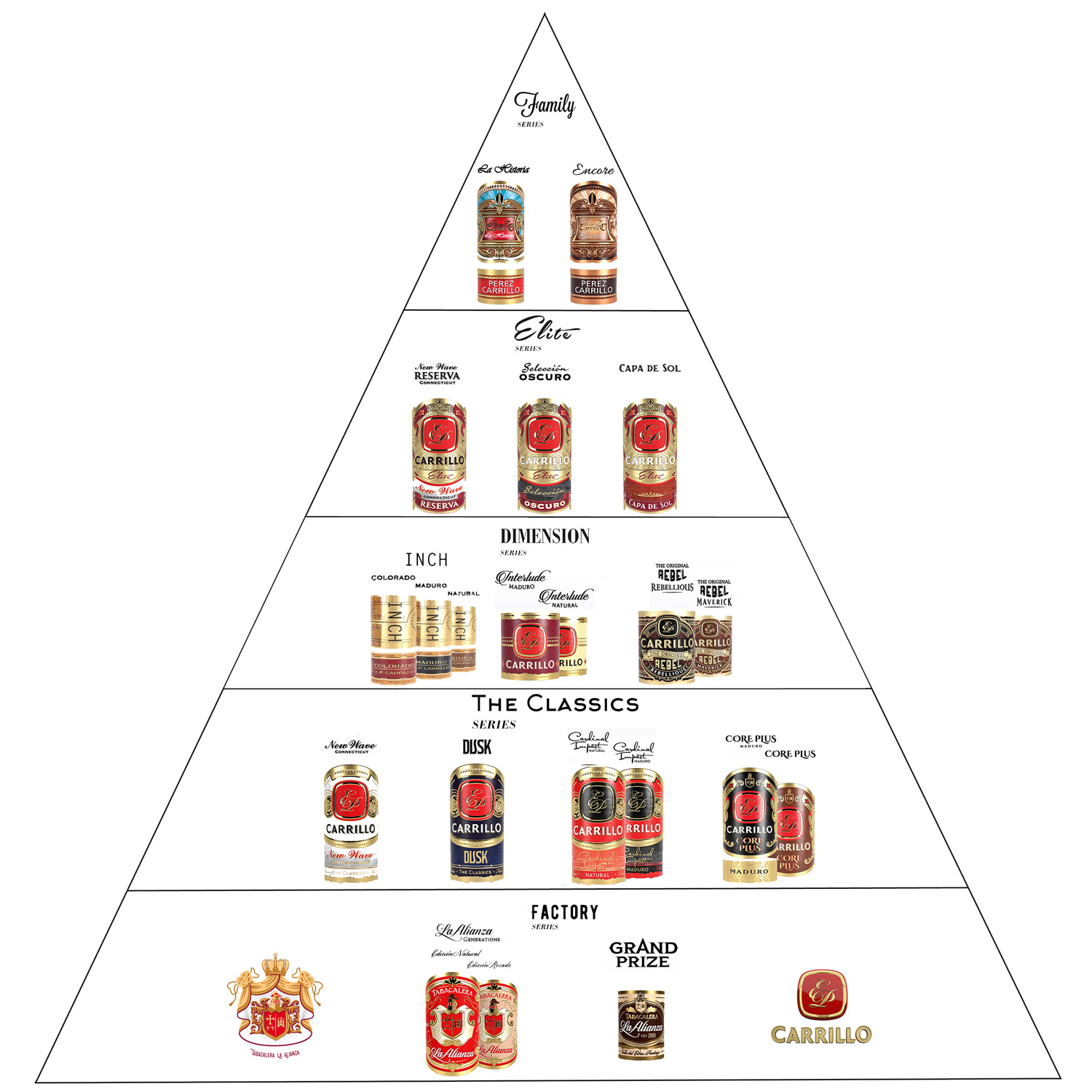 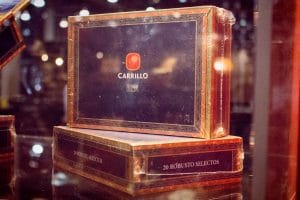 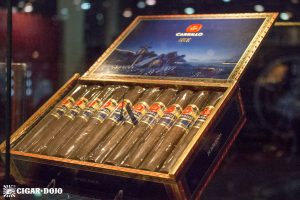 The company decided to provide limited disclosure on the specifics of cigar’s tobacco construction, perhaps due to pending FDA regulations. According their website, the E.P. Carrillo Dusk is made with a USA wrapper, a binder from Ecuador, and filler leaves from Nicaragua. However, upon close inspection, the wrapper appears to be Connecticut Broadleaf. 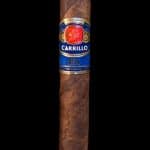 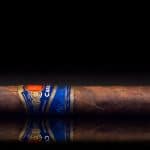 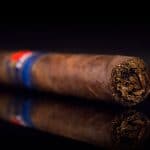 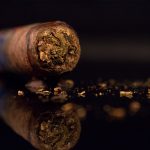 The E.P. Carrillo Dusk Stout Toro is a battered and beefy looking cigar, with oversized dimensions that cut a swarthy figure when held in the hand. Its wrapper is fairly rustic—a few lumps, one large vein, visible seams, substantial tooth, and a haphazardly applied cap. The color of the Stout Toro is a mixture of medium-roasted coffee beans and dark chocolate, with contrasting spots of obsidian scattered across the face. A rather heavy amount of oiliness produces a discernible sheen in the afternoon sunlight.

The cigar is encased with a lightly embossed band printed in the colors of black, blue, gold, and red. The red and gold “EP” logo resides in the center and is flanked on each side by golden medallions and scrollwork. Underneath the logo is the word “CARRILLO” printed in white with gold outlines on the individual letters. The bottom of the band identifies the blend as the Dusk. Very firmly packed from the foot to the cap—with one small soft spot beneath the band on the right hand side—the wrapper aroma combines natural tobacco and tilled earth along with a subtle sweetness, although the open foot smells of barnyard, hardwoods, and spices.

After the cap of the Dusk is opened with a double guillotine cut—to ensure the maximum amount of taste from the wrapper, binder, and filler—the initial cold draw is firm and a bit resistive. Flavors of cedar, coffee, earth, and leather immediately touch the palate, while a slight amount of spiciness formulates on the upper and lower lips

After toasting and lighting the cigar with a soft double-flame lighter, the first draw is tainted by a mineral taste, which almost immediately begins to dissipate. By the fourth puff, the Stout Toro settles down to deliver primary notes of brewed coffee, cedar, and natural tobacco. The draw of the cigar is fairly open, with just a touch of resistance, producing an average amount of smoke output. Subtle aromas and flavors of clay, cocoa powder, cream, and nuts appear on the palate, while a smooth mixture of cedar, dried fruits, and white pepper is dominant on the retrohale.

As the Dusk enters into its second third, the strength of the cigar transitions to the upper level of the medium range, while the body becomes slightly fuller and rounder. The primary notes present in the first third of the cigar continue to build, while the initial brewed coffee essence shifts toward heavier ristretto shots of espresso, followed by a slight increase in overall sweetness. Flavors and aromas of assorted nuts, mocha, and raisin flirt in and out of the mix, adding a touch of complexity to the cigar. 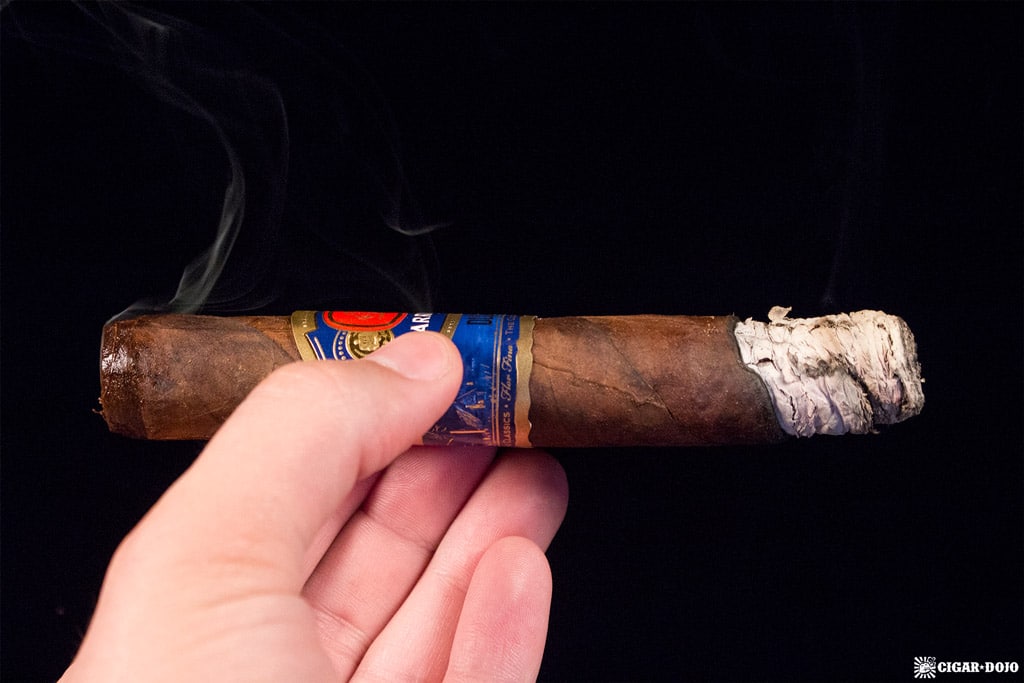 Room aroma is reminiscent of ribeye steaks grilled over a hardwood-fueled fire on a crisp, spring evening. The burn line is uneven and wavy, holding an inch of silver ash, highlighted with bold strokes of gunmetal gray. After a touch-up, the ash plummets to the floor in a single clump. On the retrohale, the white pepper note is replaced by freshly-milled black peppercorns with a trace of anise.

As it incinerates through its final third, the Stout Toro complexity begins to diminish, resulting in fundamental flavors and aromas of cedar, espresso, and natural tobacco. With each puff, the espresso notes begin to display a slight increase in bitterness—similar to the difference between shots pulled with Lavazza coffee instead of Illy. The burn line continues to waver, requiring frequent touch-ups. A touch of minerality appears near the end of the cigar’s life, producing an unpleasant roughness at the top of the throat. After a few additional draws, the cigar is placed in an ashtray and allowed to naturally extinguish itself. 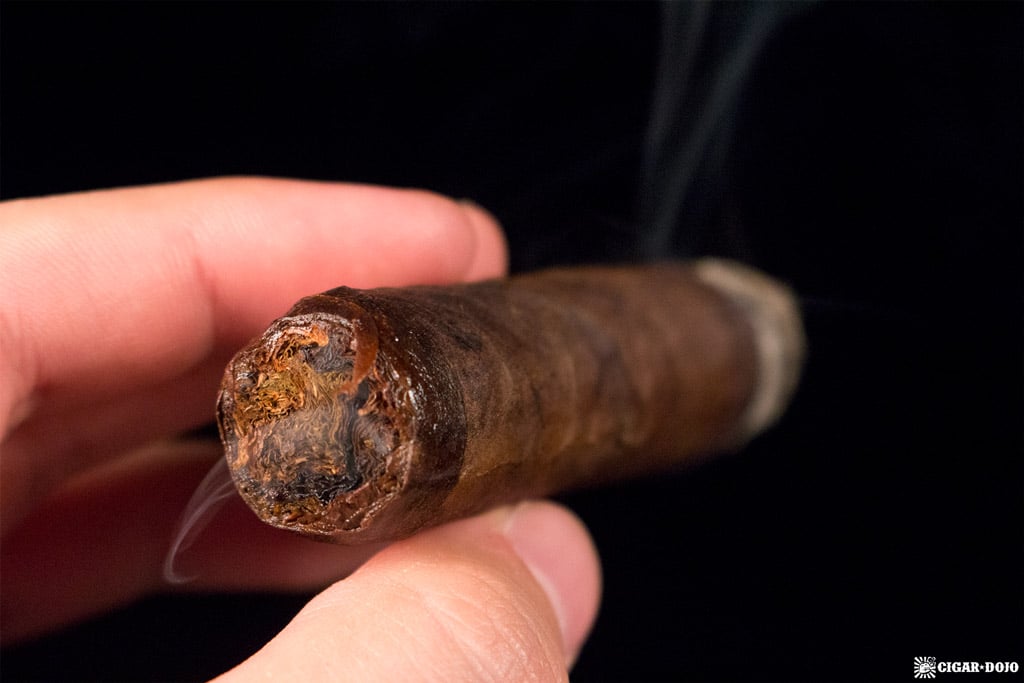 The answer to that question is, “Once in a while.” While the E.P. Carrillo Stout Toro provided a decent combination of boldness and complexity during the first hour of the smoking experience, the aromas and flavors stalled during the final third. There are a lot of excellent maduro cigars in the $7.00 to $10.00 price range and although the Stout Toro is a good cigar, it is also a bit expensive for what it delivers. 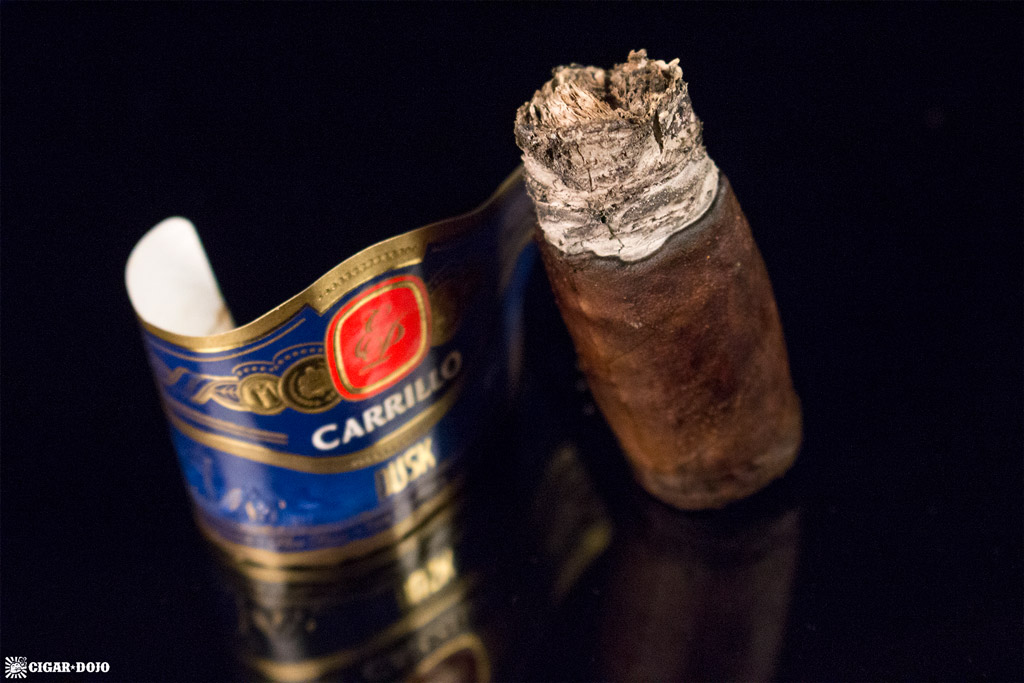 E.P. Carrillo Dusk
Last year, Ernesto Pérez-Carrillo overhauled his entire portfolio—giving his traditional cigar lines a new look, while also introducing a few new blends. One of these new blends is the Dusk and it falls within the company’s “Classics” series. Pérez-Carrillo said, “The Classics are the type of cigars we all know very well. Those cigars that are traditional in make and style. They are akin to a favorite sweater or a pair of comfortable shoes, a smoke that we crave anytime of day.” The Dusk is composed with a USA wrapper, surrounding a binder from Ecuador and filler leaves from Nicaragua. With its rustic appearance, the cigar produces a smoking experience which delivers primary tasting notes of cedar, coffee, earth, and natural tobacco. It is a cigar that is approachable by both the novice and the more experienced cigar enthusiast.
Appearance89%
Burn/Construction90%
Draw90%
Flavor86%
Complexity85%
Price/Value89%
Pros
Cons
2017-04-14
88%Pastoral