On October 5th, 2018, Pete Johnson announced the highly-requested return to Tatuaje’s beloved Exclusive Series on Cigar Dojo’s Smoke Night LIVE show. This included fan-favorites such as the Little Boris, which was released only a month later, and the CQ2, later shipping in June 2019.

Tatuaje Mission Pipe Shop CQ1 and Little Boris were both a part of Tatuaje’s Exclusive Series, where Tatuaje would craft unique blends and spinoffs to be sold exclusively at certain retailers as limited, one-off projects. The series was discontinued in 2016, but the decision to relaunch cigars within the series would allow smokers a second chance to experience such famed releases.

Pete intimated on the show that he plans to re-release all of the cigars he’s done exclusively with retailers, with the second batches being offered to the original retailer, as well as another 25 retailers of his choosing. At the time of this writing, only the CQ2 and Little Boris have been re-released.

Tatuaje CQ2 shortens the naming convention of the original Mission Pipe Shop CQ1, as the cigar was released to other retailers as well on the second go-round. The blend remains Ecuadorian Sumatra over all-Nicaraguan binder/fillers, as well as the 5¾″ × 52 belicoso shape. The packaging is largely the same, though the bands have been swapped with a new dark color scheme. And while only 500 boxes were released in 2013, the 2019 launched was doubled. 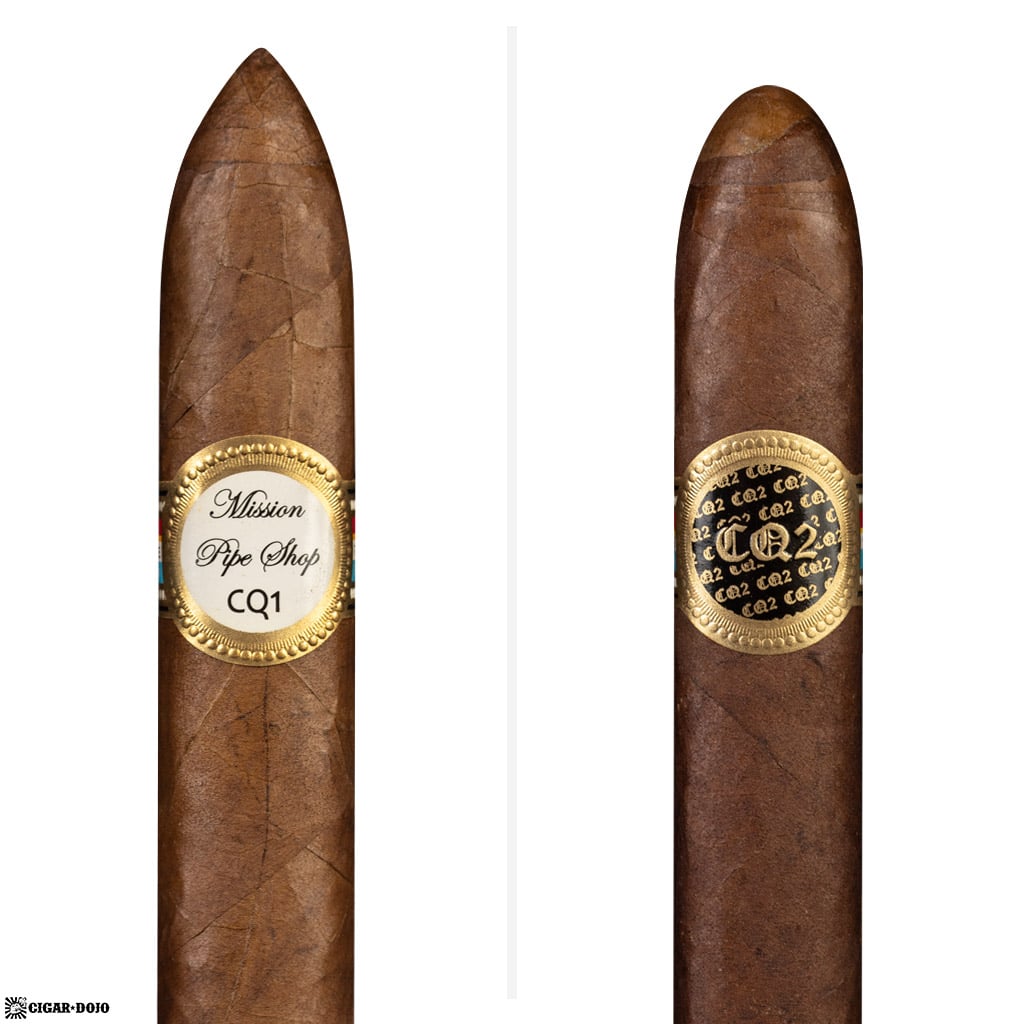 There’s something so satisfying about sliding open a cabinet-style box and finding the cigars bundled in foil; Tatuaje and Illusione are two of the most likely culprits to go this extra mile. Upon first examination, one can’t help but compare the CQ2 to its predecessor, with the most noticeable differentiators being a darker wrapper, a more defined box-press, less shaggy foot (more closed than shaggy), and a more round head for the CQ2. Without question, the band is more attractive, though there is an appealing sense to the understated original.

CQ2’s wrapper is on the lighter end of the maduro spectrum, with reddish undertones to the leaf. The leaf is well-rolled, being virtually seamless from head to toe and boasting a flawless belicoso head. The Sumatra wrapper isn’t the most aromatic, giving light notes of brown sugar sweetness and barnyard musk. A pre-light draw is essentially pointless (having a well-sealed closed foot), but this does give some pleasing flavors of heavy earth, cocoa, and something resembling chocolate cake. 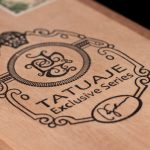 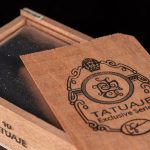 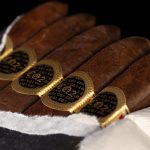 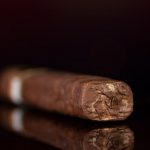 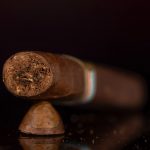 There is a toasty start to CQ2, having an undefined bitterness through the finish. Retrohaling produces big black pepper spice, giving a dry texture to the palate. The cigar takes its sweet time developing—one puff can have you feeling it’s committed to a bold spiciness, while the next flirts with caramel or chocolate cake sweetness. The aforementioned toasty elements ultimately prove to be the rule, taking on a fire-roasted chestnut character that best summarizes the first third.

Through an ever-so-slightly firm draw, CQ2 produces a higher degree of smoke than expected. The cigar burns with incredible consistency, accumulating sturdy chunks of medium-gray ash that fall in predictable thirds throughout the experience. In terms of the palate, the smoke most noticeably hits the tip of the tongue (sweetness), front-sides (saltiness), and back-middle (bitterness). Through the first half, the profile is roughly medium in strength, flavor, and body. 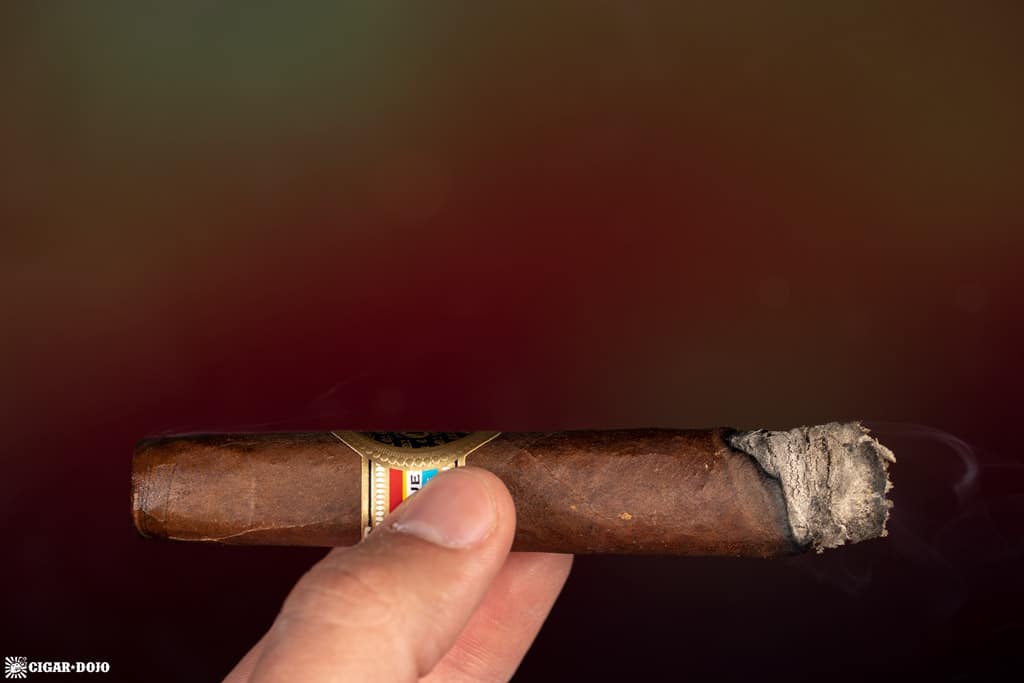 While often bitter and toasty in character, the smoke itself is smooth across the palate, providing long-lasting doses of cream through the finish. Upfront, the flavors are light on their feet, switching between gears of peppered steak crust, vegetation, and spicy pumpernickel bread. The vegetal character really seems to stand out in the second third, being more precisely described as metallic, mineral-rich bell pepper.

The cigar seems to be at its best in a very specific moment—roughly the last half-inch of the second third. This is where it takes on a surprising sweetness, perhaps following the thread left from the pumpernickel earlier on. This is first identified as dark molasses, later opening up to add sugary pastry dough and, eventually, dark pulpy cherry. The profile later returns to vegetation, being darker and closer to bitter or harsh qualities than before. 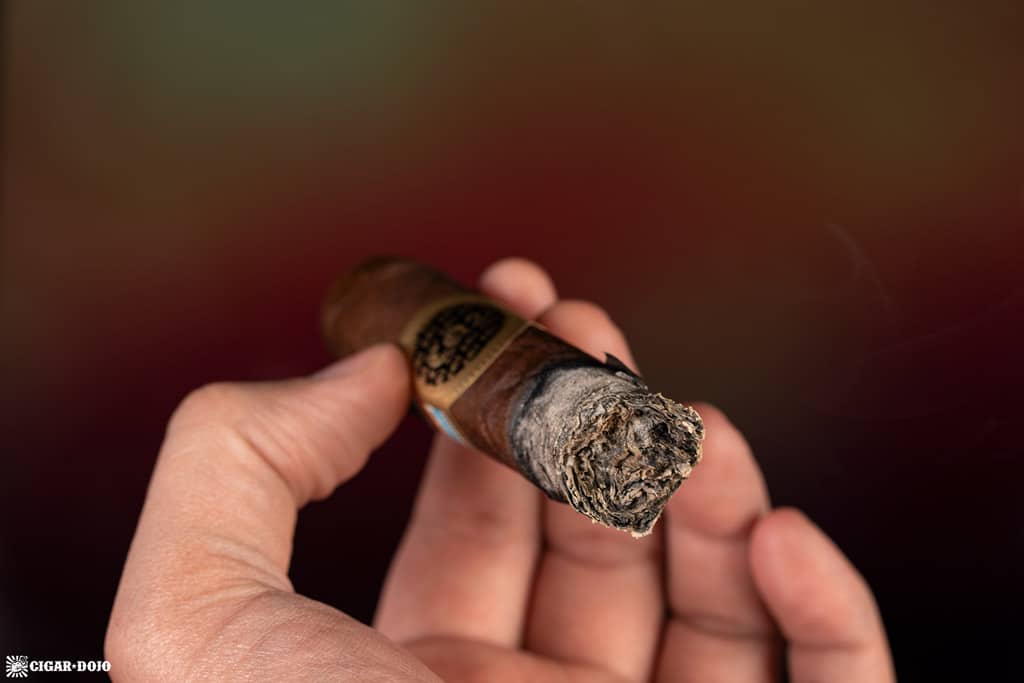 Yes. I initially smoked this cigar around three months after its release and can already notice positive results after one year of aging. That being said, the original CQ1—one of my all-time favorite Tatuaje releases—won me over after only about 10 months time in the humidor. Time will tell if the original possessed just the right selection of tobaccos at the right time, or if the CQ2 just needs a little extra coaxing to bring out its dormant complexities.

Tatuaje CQ2
The Tatuaje CQ2 is quite the perplexing smoke. Initially, it doesn't seem to have the same it factor profile that its predecessor embodied, even in its youth. For me, this was a sugary/savory flavor that came across like the fatty meat drippings of barbecued pork. The closest CQ2 came to this was a peppered steak crust component, which was a bit rougher around the edges. With a year of aging, the cigar shows promise, already being preferable to its three-month-aged former self. But the profile is currently a bit all over the place, jumping from roasted elements, to mineral-heavy vegetables, to the occasional sweetness, and finishing a bit too far into bitter, sometimes harsh territory. On the bright side, if ever there were a class of cigars that showed as clear-cut improvements with age as those of the Cuban variety, it would be Tatuaje.
Appearance92%
Burn/Construction93%
Draw86%
Flavor86%
Complexity88%
Price/Value85%
Pros
Cons
2020-06-16
88%Scatterbrained