Bombay Tobak is the brainchild of Mel Shah, known for the company’s Eastern influences seen throughout its growing collection of craft-minded cigars. The style draws from Shah’s own heritage, where the unorthodox appearance of a Persian carpet was wrapped around the company’s first cigar offerings—serving as the cigar’s band—which began turning heads upon its debut in 2014.

Persian rugs have long been known for their superior craftsmanship, being praised for their high level of expertise and inclusion of high-quality materials, colors, and patterns. In fact, an authentic Persian carpet is said to require a single, intentional flaw—deeming the artwork “perfectly imperfect and precisely imprecise,” as God is said to be the only truly perfect being.

This is the level of detail Shah has sought to invoke with his ultra-premium line of Bombay Tobak cigars, partnering with Costa Rican manufacturer Tabacos de Costa Rica to achieve such strict standards (although an intentional flaw may be asking too much, as far as Shah is concerned).

Following the MBombay and Gaaja lines, Bombay Tobak debuted its third core-line offering in the summer of 2018, known as MQBA (pronounced “em-kyoo-bha”). This cigar is perhaps the company’s most ambitious to date, boasting an unusual blend that includes solely Ecuadorian tobaccos throughout the wrapper, binder, and filler—a recipe you’ll be hard-pressed to find anywhere else in the premium cigar market. 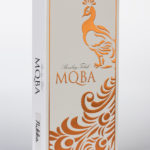 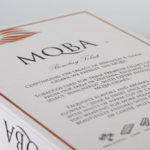 As mentioned, MQBA was quick to stir conversation upon its announcement; not only was the cigar to be an Ecuadorian puro, but all tobaccos were said to originate from the same farm, located in Ventana, Ecuador. This style is sometimes referred to as “viejo granja” (old farm), a technique used throughout Cuban cigars of old, where the careful selection of tobacco primings and placement in the rolling process is required in order to give the level of complexity expected by modern-day enthusiasts. While cigars of this style may lack the diverse flavors brought by combining multiple growing regions (let alone countries), they benefit from a more authentic/traditional experience, sometimes showing a deeper look at a specific region’s nuanced qualities.

It was taken as a self challenge to produce a cigar from our own tobacco. We had to work very closely with the Ligeros as they tend to get the more delicate (which is in the “mild” spectrum). But they turned out to be fabulous.Mel Shah, Bombay Tobak Owner

Four vitolas made their eventual debut in November 2018, catering towards sizes often praised by connoisseurs, including a lonsdale, diadema, and torpedo. Without specifying individual tobacco varietals used, the Ecuadorian puro traces its origins to 2009, representing the year that Bombay Tobak acquired the tobacco farm.

MQBA is offered in two formats: 24-count traditional boxes and 4-count sampler boxes (or 3-count, in the case of the Diadem size). The packaging has a matte texture, showing an overall white look with copper highlights. The primary logo is an ornately designed peacock—imagery that has been woven throughout many of Bombay’s releases over the years. The same logo is used on the cigar’s band, but the glossy finish of the band doesn’t seem to have the same pop, when compared to the matte finish of the packaging. There is also a sub-band that reads “Vintage Reserve,” a title that has accompanied some of Bombay’s more luxurious releases, often having longer aging and/or fermentation processes.

Nikka is a size that has been used before, including the aforementioned Vintage Reserve collection. It’s a 6½” x 42 lonsdale, finished with a pigtail-twisted covered foot. Holding the cigar, it’s hard to find a single flaw; it has a balanced weight, showing no soft spots of any kind. The wrapper itself is close to bronze in hue, looking like a darker and more oily Connecticut. Visible seams accompany an assortment of extremely fine veins, eventually leading the eye to a well-placed double cap at the cigar’s head. The bunch feels medium to firm, having a solid, papier-mâché-like feel; it is some of the best pre-light construction I’ve come across in some time.

The Ecuadorian wrapper shows tangy aromas, which are backed by musk, cedar wood, and citrus. There is no foot aroma (considering the closed foot), but the pre-light draw is dominated by freshly cut cedar. 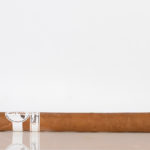 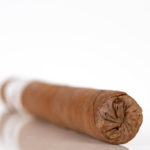 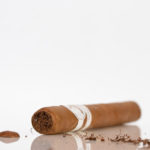 While toasting, I take a few draws to experience the added wrapper of the closed foot; this experience is dominated by buttery flavors. After a proper start, the cigar opens up with musty notes, joined by loads of cedar, delicate spices, and perfume-like florals through the retrohale. The flavors slowly build, showing much more butter on the palate, as well as a finish comparable to cream cheese.

Considering the cigar’s thin ring gauge, it should come as no surprise that the draw is on the firm side. On a scale of -5 to +5, with 0 being dead medium, I’d peg the draw resistance at +2; it’s firm, sure, but certainly nothing to be concerned about. Single puffs bring in a medium amount of smoke, being silky smooth in texture and easily retrohaleable. In fact, considering the delicate flavor profile, at least 90 percent of each puff should come through the retrohale in order to detect the subtle nature of MQBA’s profile. The smoke hits the tongue on the mid-palate first (bitterness), followed by the tip (sweetness) and sides (saltiness). After the first chunk of ash falls from the cigar at two inches, it’s apparent the construction is on par with the pre-light perception. 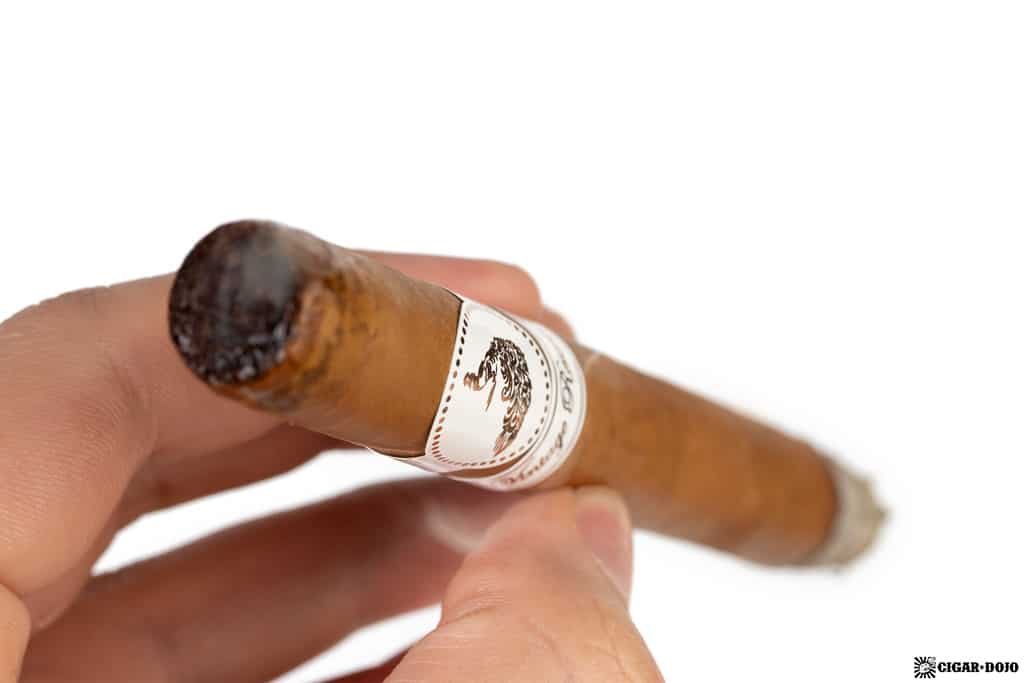 The primary impression is of florals and perfume, with a natural sweetness of honey as a solid backbone. Moving from the first to second third, the overall profile is largely similar, with mellow flavors of cream and fresh nature dominating. Developments continue in the same genre, including occasional offshoots into territories of sawdust, pistachio nuts, buttered crackers, and anise in the retrohale. The latter note is the most unique component since the cigar’s start, which seems to open the door for slightly more variance in the cigar’s midsection.

In the final portion, MQBA Nikka manages to maintain its creaminess (an appreciated attribute in a section that is often dominated with harsh and charred flavors), offering creamy caramel, graham crackers, and toasted bread. Some samples showed flavors of black tea and citrus; and the nature-infused driving force of the flavor profile offered its last charge, delivering a pine and wintergreen sensation on the tongue throughout the finish.

I’ve smoked at least one MQBA cigar in all four sizes and have determined that this, the Nikka lonsdale, is the best of the bunch. Each size delivered fairly unique experiences, but the thin ring gauge of the Nikka seemed to offer the most concentrated profile with more development than the others. The start of this cigar had me thinking that yes, I’d be making regular returns to the MQBA, but the profile seemed to unravel as the embers burned, offering less and less complexity on every puff. I really appreciate the innovative concept of MQBA and still find the cigar unique enough to smoke again, but I can’t see myself going out of my way to do so.

MQBA Nikka
Bombay Tobak takes on quite the ambitious project with MQBA. Where Ecuadorian tobaccos are commonly used as components of today's cigar blends—most often seen as the wrapper ingredient of Nicaraguan and Dominican-made cigars—the MQBA goes a few steps further, opting to use Ecuadorian tobaccos throughout the wrapper, binder, and filler. This is the kind of innovation that ardent enthusiasts crave, where the driving force behind a given cigar comes from the tobaccos themselves, rather than the increasingly common usage of marketing-driven narratives. MQBA is subtle, elegant, and refined, with smooth and silky streams of smoke delivering a naturally sweet profile. Primary flavors include notes of florals, perfume, cream, cedar sawdust, honey, and pistachio nuts. However, the cigar seemed to stall after a baseline profile had been established, eventually regressing to a less complex profile, where additional flavors came across as regurgitated incarnations of the cigar's lively start. Smokers on the lookout for new and creative experiences should be encouraged to give MQBA a shot, as we look forward to future developments in the relatively uncharted territory of Ecuadorian cigars.
Appearance93%
Burn/Construction97%
Draw87%
Flavor91%
Complexity86%
Price/Value88%
Pros
Cons
2019-02-26
90%Puro Perfume