Warhead II measures 5-1/2 inches by 56 ring gauge and is semi-box pressed with the familiar fuse-like pig tail that is found on the 601 La Bomba line. They carry a suggested retail value of $10.95 or $109.50 for a box. “A Connecticut Broadleaf maduro wrapper will cover binder and filler tobaccos from Nicaragua. Although the Warhead II will have the same strength and flavor profile as the original, the blend was tweaked a bit due to the scarcity of tobacco used in this special release. We are planning on making Warhead an annual release and keeping it limited in production.” said Erik Espinosa.

Warhead II is limited to 2,000 boxes of 10 and the packaging is again inspired by several themes in the World War II era. Just like its predecessor, when unraveled, the foot band on the cigar is revealed to be in the form of a bomb. This “bomb” features nose art or aircraft graffiti, which was common in this era. Warhead II is again sporting the familiar shark-face and the “Kilroy was here” character. “We plan on altering the artwork of the packaging for each annual release to give each release its own unique appeal. This year the box is silver and the band has a grey camouflage background.” said Anthony Jimenez, Creative Director for Espinosa Premium Cigars.

The 601 La Bomba line was first introduced in 2011 and is considered to be one of the strongest and full flavored cigars in the market. 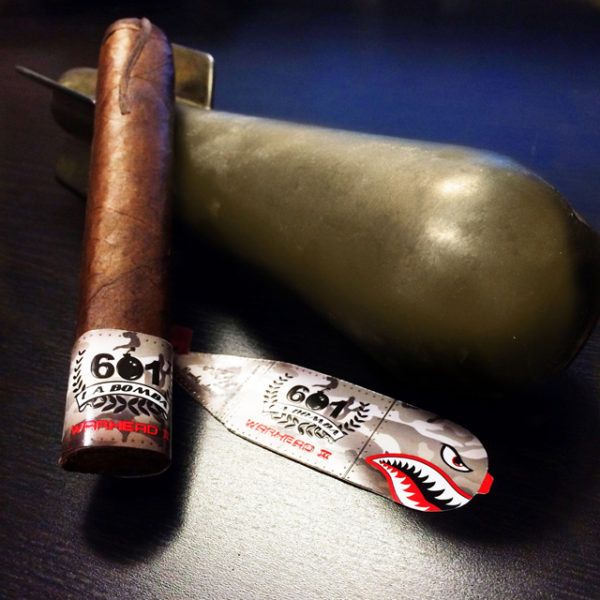