Update: This contest is now closed.

Eight finalists were selected and a winner was chosen live by Erik and Abe on the Smoke Night Live show! In an exciting twist, Abe and Erik decided to give cigars to all 8 finalists (colton, slowburn, ozzy19, soulchild, jklavins, armyRN, and christopherMiles) and a full box of cigars to the winner (Bull5). Congratulations to this week’s contest winners!

In case you haven’t heard – this week marks the release of Smoke Inn’s newest cigar in their Microblend Series™, the 601 La Bomba Bunker Buster. The 8th cigar in the popular, exclusive series, the Bunker Buster joins the likes of legends such as Tatuaje’s Anarchy and Apocalypse, the Room101 Big Delicious, and Quesada’s Oktoberfest Dunkel.

But best of all – we’ll be giving away 4 boxes of these beauties live! “How do I get my hands on some?” you ask? Check below for all the juicy details.

This week’s contest theme is: Show us you’re tough enough for a Bunker Buster cigar

We all know Erik makes some of the strongest cigars known to man – maybe he’s a glutton for punishment, maybe he’s just evil. But one thing’s for sure: this dude is tough – I once saw him wrestle 3 armed guards to the ground at the IPCPR in order to get his hands on a slice of pizza!

In honor of Erik and his insanely strong smokes, this week’s theme is “Show us you’re tough enough for a Bunker Buster cigar“. Wrestle a bear, karate chop an alligator, maybe even smoke something terrible, just to show us how tough you are! Whatever you come up with, make it creative and make it count! We want to see how much you want a taste of these crazy cigars!

Warning: Cigar Dojo does not assume responsibility for injuries or accidents caused by this contest – Enter at your own risk

Read the rules below for more information!

Post a picture showing how tough you are on the Cigar Dojo app and make sure to include the hashtag #entry.

Note: Contest entries should be new, i.e. created for this contest. Any mention of Cigar Dojo in your entry pictures is encouraged – i.e. Cigar Dojo cards, drawings, computer screens, etc…

Be creative! We love to see interesting cigar pictures, use a cool camera effect, angle, filters, lenses, and lighting! Anything to make your image stand out.

An example of an entry might be as follows…. 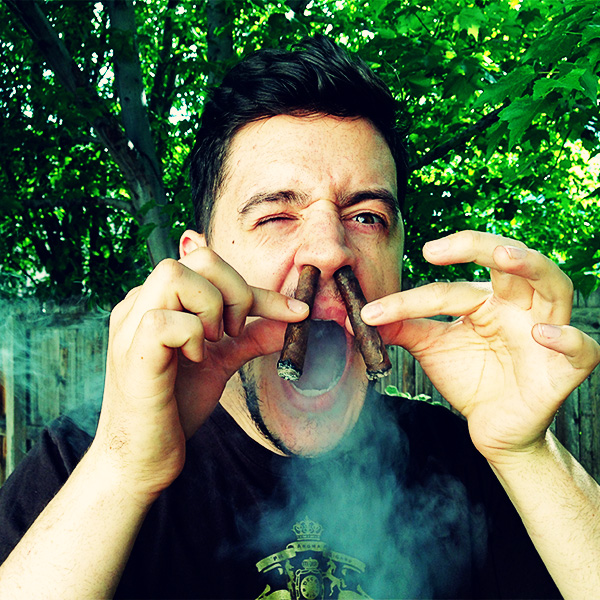 I’m so tough, I retrohale backwards!!!

At Cigar Dojo, we are very thankful and appreciative of our members, and we want to pass on the appreciation in the form of free cigars! This week’s contest will run from Wednesday, June 4th at 5PM (MDT) and will end Friday, June 6th at 6PM (MDT). The winners will be announced on Friday night during the Smoke Night Live show, featuring Erik Espinosa and Abe Dababneh, live from the 601 La Bomba Bunker Buster release party!

So let’s get started shall we?

And the PRIZES are…. 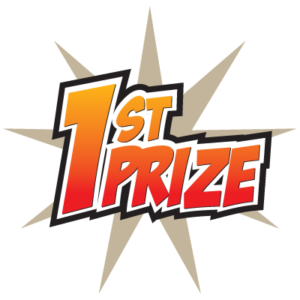 5 1/2″ x 56 in size – these box-pressed figurados are some of the coolest designed cigars out there! Banded with army green and gold military insignia and bundled in limited edition 5-count boxes, these cigars will stand out in any humidor. A Habano Claro wrapper covers a Nicaraguan Criollo binder and Nicaraguan fillers, making for one strong Nicaraguan puro. Along with the sweet packaging and awesome vitola, these babies have some top notch construction – a “springy” roll makes for a draw that feels just right. Loads of smoke and of course, strength, make for a wild ride. Expect “zingy” flavors of spice, cedar, leather, and tobacco. 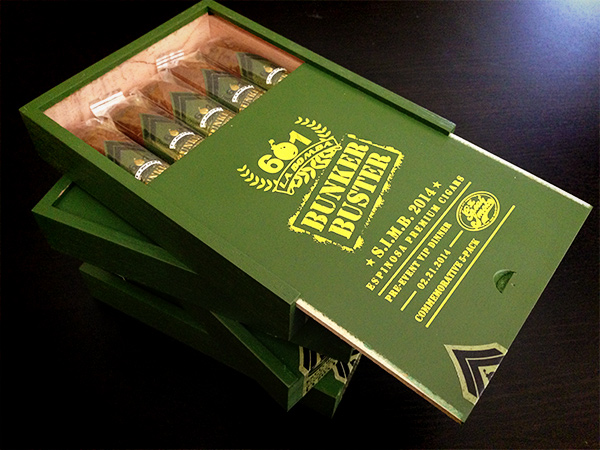 NOTE: This weeks winners will be picked by the Dojo staff and you, the Dojo community. We will be judging the images on artistic quality and best overall image that fits in this weeks theme. Entries and extra credit will add to your chances, giving you a better shot at being picked.

Entries are limited to 2 per day so make them count!

When you post your #entry image in our cigar app, you are officially entered into this weeks contest! Simple eh? By posting an entry you are agreeing to the contest rules which are as follows:

CONTEST RULES
Contest presented by CigarDojo.com. Estimated retail value of prizes $150.00. No substitution, transfer, or cash equivalent of prizes by any winner. No purchase necessary. Winners MUST email their name and shipping address to sensei@cigardojo.com. Must be 21 or older to participate. Odds of winning depend on number of customer entries, winners picked at random contestants may have multiple entries. Taxes and fees, if any, are the responsibility of the winner. Employees of CigarDojo.com are ineligible. This contest is void where prohibited by law and subject to local, state and federal law. Only original images or original compositions will be considered in the final selections. We are not responsible for prizes that may become lost or damaged during shipping. Many will enter, few will win.

Show how tough you are on @CigarDojo this week 4 a chance 2 win the 601 Bunker Buster from @SmokeInnCigars #ENTRY https://cigardojo.com/?p=12898