HVC Cigars announced at this summer’s PCA show that they would be releasing a 10th Anniversary cigar later this summer. Reinier Lorenzo stated this morning that the cigar will begin shipping this week. The cigar uses simplistic boxes and bands, being rolled in a singular 6½” x 50 toro format. Like nearly all other HVC blends, it is Nicaraguan puro, with a full viso leaf of Corojo 2012 being its signature ingredient. Only 2,000 boxes of 10 cigars have been made, which will launch in August for $150 MSRP ($15/cigar). Reinier Lorenzo describes the blend as Cubanesque and medium bodied. 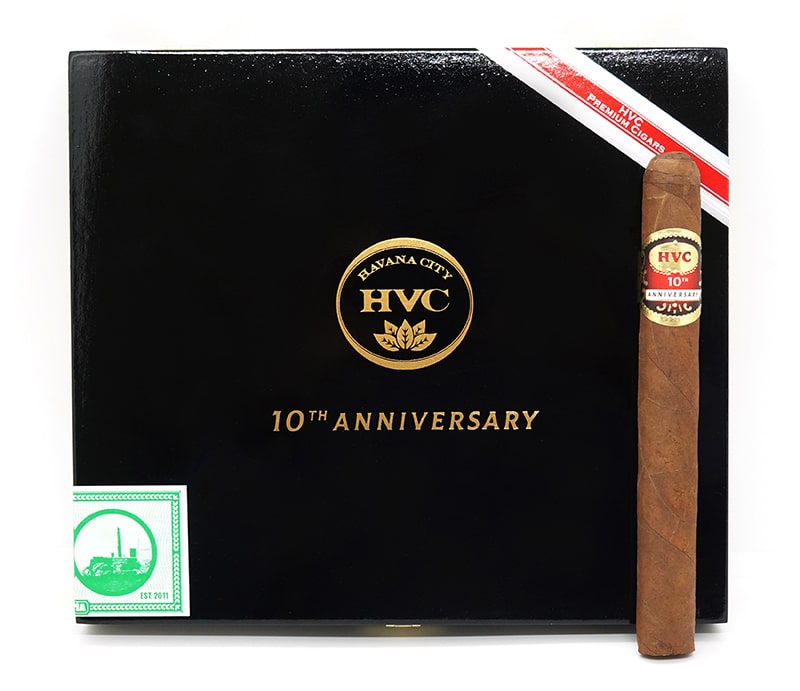