In 2019, cigar enthusiasts were treated to a spinoff of the company’s first cigar—Kudzu—with the limited Kudzu Lustrum. The company has now announced a similar treatment to another one of their earlier projects, tweaking the original Firethorn blend to create the Firethorn Augusta.

The cigars have been rolled in a singular 5½” x 54 box-pressed Belicoso Finos format—a size commonly showcased on Southern Draw’s more limited offerings. Initially, 1,000 bundles of 10 cigars will be offered for 2020. This will grow to an annual production of 50,000 to 75,000 cigars per year, which will be offered in 20-count boxes beginning in Q2 2021.

Firethorn Augusta is similar in makeup to the original Firethorn, changing tobacco ratios and featuring added age to differentiate the cigars. This includes the use of an Ecuadorian Habano rosado wrapper, San Andrés binder, and proprietary fillers of Nicaragua.

The cigars take their name from Camp Gordon, located in Augusta, Georgia, where members of the Holt family (owners of Southern Draw) once served. The initial launch is exclusive to retailer Cigars International, set to launch on Nov. 11th through the retailer’s online, phone order, and brick-and-mortar locations across the country. Pricing is set at $99.99 MSRP per bundle. 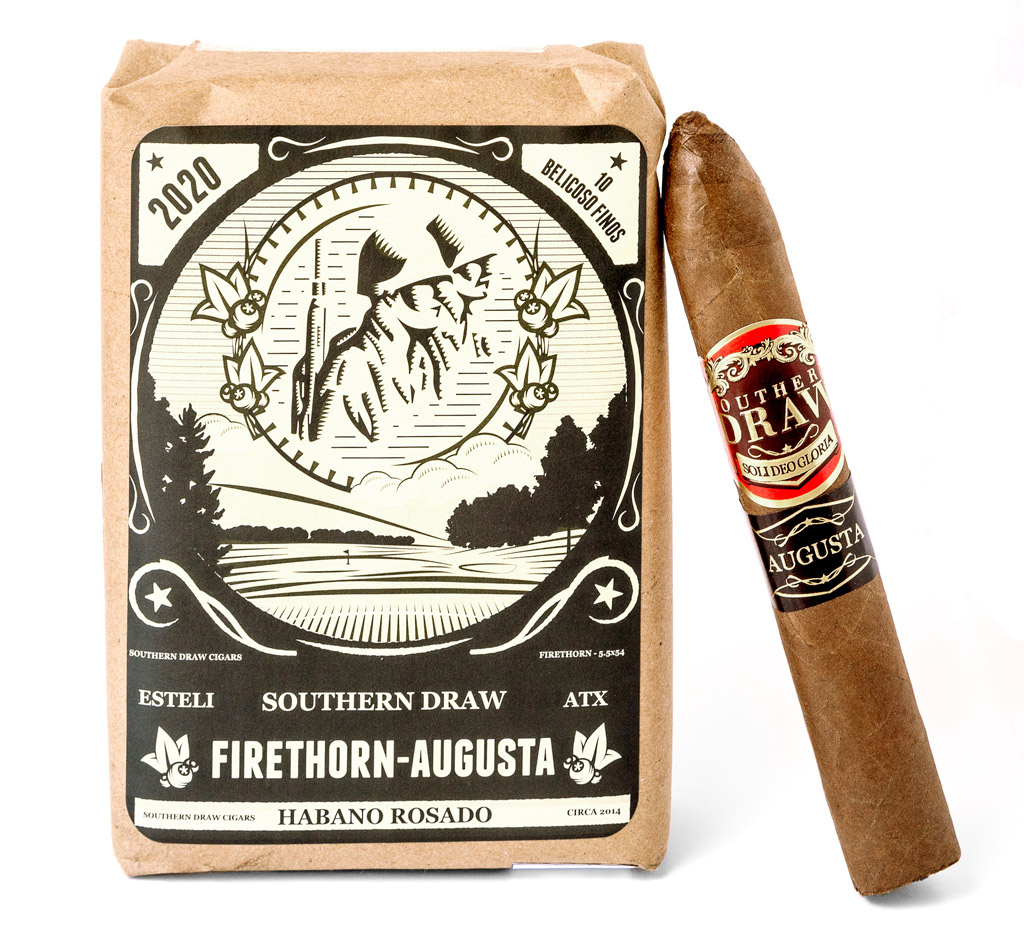