Since 2014, Crowned Heads has consecutively released new versions of their limited-edition Las Calaveras brand. This now includes 2020, with the company revealing details on the Las Calaveras Edición Limitada 2020 today, marking the seventh release in the series.

The Las Calaveras concept revolves around the Mexican holiday, Día de los Muertos (Day of the Dead), celebrating the lives of those lost during the previous year. Each year’s release offers tweaked versions of the original Las Calaveras artwork, including the initials of four lives that were lost the year prior, emblazoned on gold coins that flank the band’s primary artwork. Additional symbolism can be found in the cigar’s packaging, with three rows of eight cigars stacked in each box (three rows representing the beginning, middle, and end of life’s cycle, and eight being the symbol of infinity, i.e. everlasting life beyond death).

Las Calaveras has been one of our most sought-after annual releases since 2014. We felt that this year was time for a hard reset, of sorts, in that we are scaling production back to the original release numbers of only 1,000 boxes per vitola, thus ensuring that this year’s release will be even more in demand.Jon Huber, co-founder of Crowned Heads

The 2020 release offers a new blend makeup, featuring a Nicaraguan core blend topped with a Habano oscuro wrapper. Like past relleases, Las Calaveras EL 2020 is rolled by the García family and their famed My Father Cigars factory in Estelí, showcasing the blend in a total of four sizes. This includes the LC48 (5½” x 48), LC52 (5″ x 52), LC56 (6″ x 56), and a special torpedo format (6⅛” x 52) that can only be found in a four-count sampler that offers one of each size. While the series has grown in production over the years, the 2020 release is being scaled back to the inaugural launch from 2014, with 1,000 boxes per size (and 500 sampler packs) in production. Priced between $10.95 and $12.95 MSRP, Las Calaveras EL 2020 will begin shipping to retailers this July. Reportedly, Las Calaveras sampler packs have already sold out to retailers. 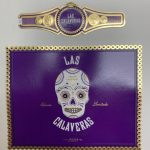 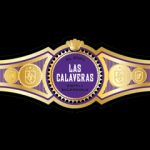