Faith and hard work. It’s the very foundation of the premium cigar industry and the backbone to one of the longest existing brands.

Partagás’ story begins in 1845 as one of the oldest established cigar brands in history. While it may be debatable as to which continuously produced Cuban brand dates back the furthest, what isn’t is how this storied brand—now stemming from two markets—continues to flourish today. Don Jaime Partagás y Ravelo, the son of a tailor, migrated to Cuba in 1831 and soon began his journey in the world of tobacco, developing a keen talent for blending and identifying great tobacco. After starting his own factory and founding the iconic brand we know today, his life ended in violent tragedy; as he was murdered in 1868, leaving cigar production to his son. The son, José, later sold the factory and brand to a banker named José A. Bances, who then partnered with an infamous tobacconist from Spain, Ramón Cifuentes Llano. Cifuentes later purchased the brand and continues to maintain the name until his death in 1938. His three sons then took the reins until the Cuban Revolution. The Castro regime would seize control of Cifuentes y Cia and other factories and in turn award them to the communist state.

In the decades since, Partagás has continued to be among the world’s best-selling Cuban brands. After the government seizure, Ramón Cifuentes Toriello, the living family patriarch, was offered the job to run the factory that his family had owned for over 60 years. Instead, he emigrated to the U.S. and received the patent for his old brands, including Partagas, and began to manufacture them. Original production was done in Jamaica by Cifuentes and General Cigar Company, but eventually moved to the Dominican Republic. 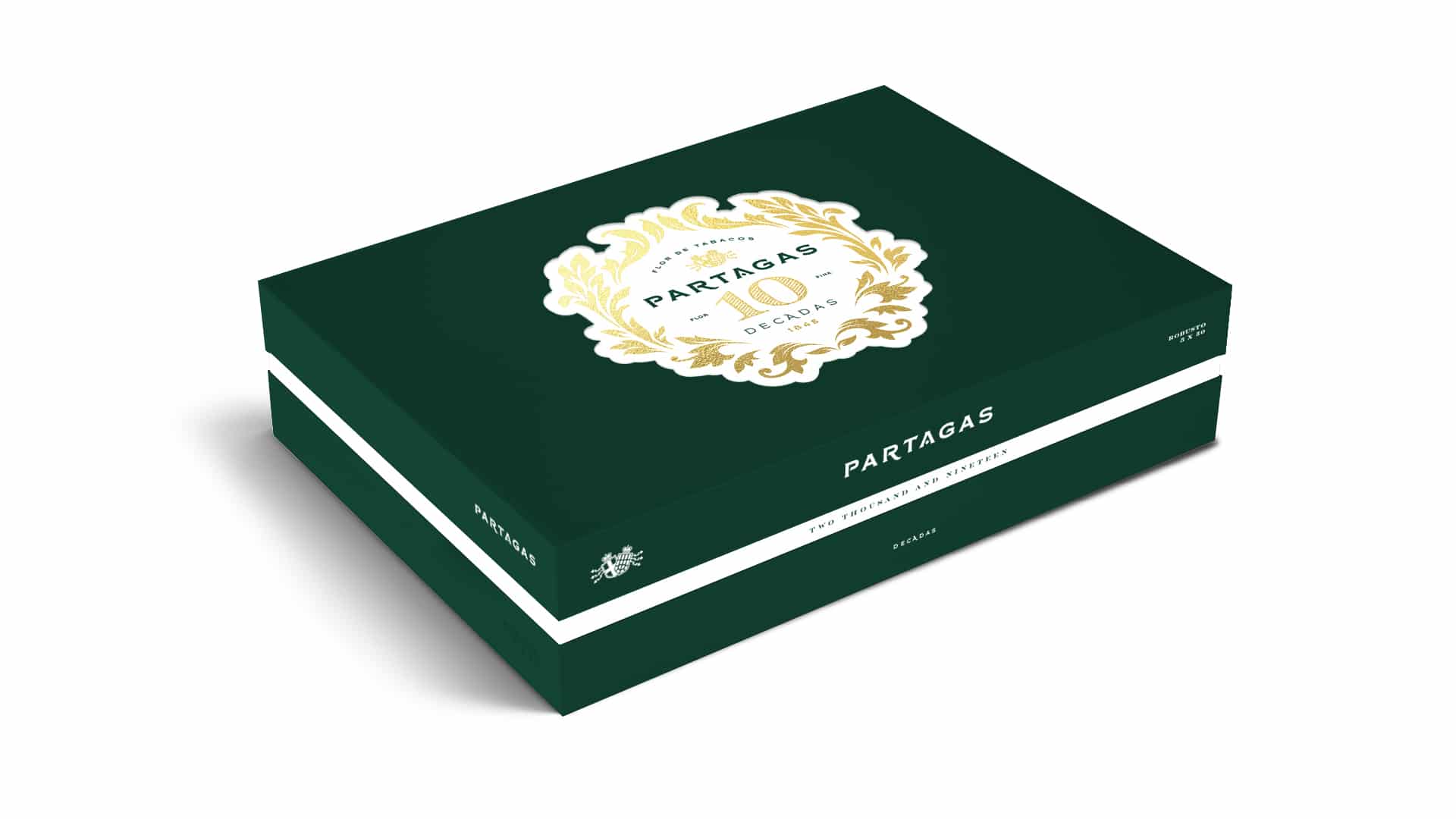 The Partagas Limited Reserve Decadas 2019 boasts a Honduran binder from the San Agustín region (hence my reference to St. Augustine above). This limited-edition cigar had an original production run from 2005 to 2009. In the decade since, only three in 1,000 Cameroon wrapper leaves were set aside to produce this ultra-premium, limited-edition cigar. The exclusive Cameroon wrapper and San Agustín binder are balanced by a filler of Dominican Piloto Cubano and Nicaraguan Ometepe leaves, making this a truly international blend.

There is something very “old world” about the cigar’s appearance. The vintage portrait on the secondary band serves as the perfect accent to the regal gold, green, and white primary label that looks straight out of the Victorian Era. The dark Cameroon wrapper is nearly flawless, with plenty of oils and tremendous sheen. The foot presents aromas of earth and pepper, with a sweetness of brown sugar on the finish. I cut the cap with a guillotine cutter and the dry draw has some sweetness similar to the aroma of the foot. Additionally, on both samples for this review, the cap split when I cut the cigar and slightly unraveled throughout the smoking experience. 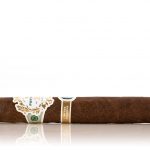 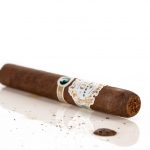 Upon toasting, the aroma is very faint and has an acrid finish. As the cigar begins, I taste the same brown sugar sweetness that was detected earlier, with some faint pepper on the retrohale. The balancing flavor is a bready note that is reminiscent of oat bran cereal.

While bran is typically associated as a bland flavor note, it offers a nice balance to this cigar, which provides an excellent foundation for the flavor progression. As I smoke towards the middle of the Partagas, the sweetness becomes fainter, but most of the flavor remains consistent and the cigar stays balanced. I begin to pick up a faint hint of cedar, but it dissipates quickly. 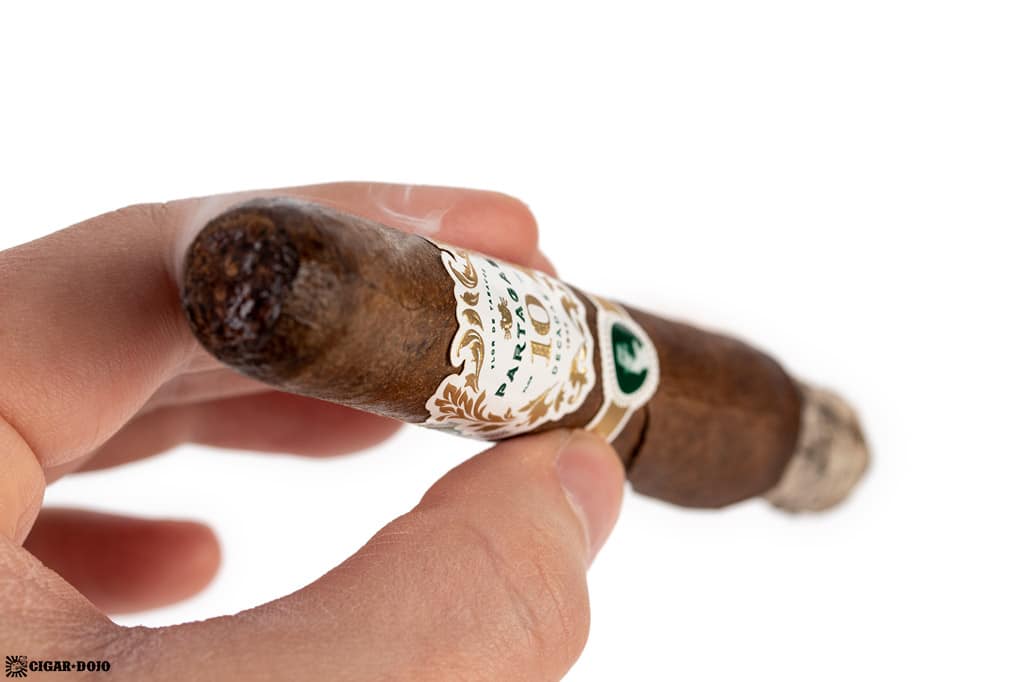 The burn and draw for this cigar are solid and on point, but as I noted earlier, the construction from the cap’s split causes consistent issues in both samples for the review. As the cigar finishes, the draw suddenly tightens a bit for my liking, but thankfully it does not turn the flavor towards sour or bitter territory, which is sometimes a common result when cigars become plugged. The brown sugar sweetness makes a comeback and the pepper flavor has intensified, which amounts to a good ending to this cigar.

Arthur Miller once said, “If I see a good ending, I can work backwards.” I wish that had been possible. 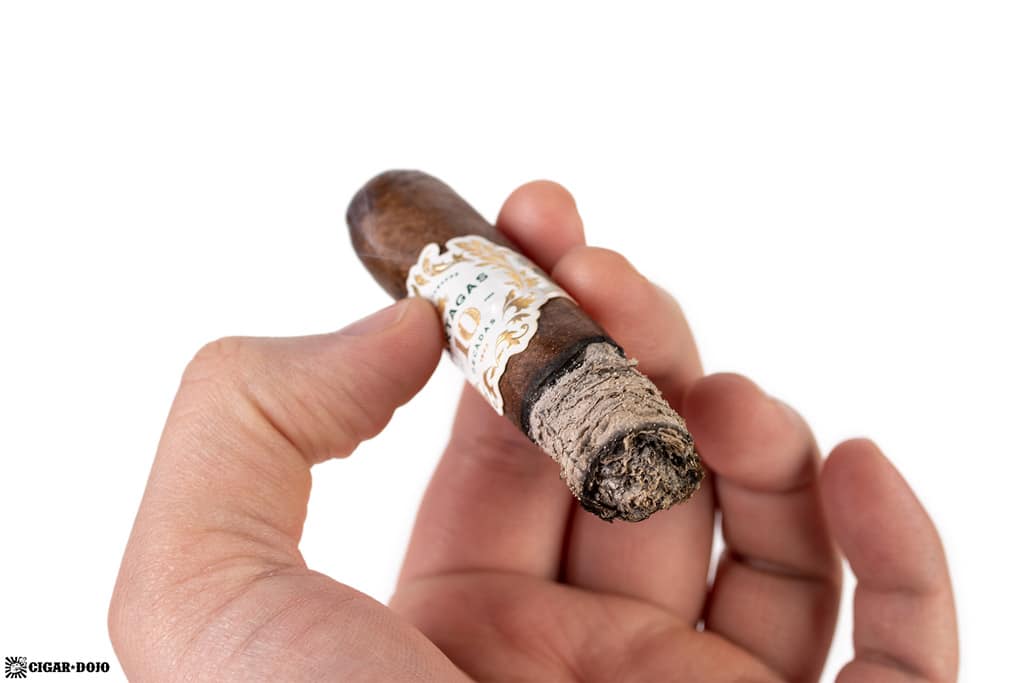 SURE. Sign me up for Cameroon wrapper anytime. And as you know, the aging nerd in me always has me looking over the next hill. 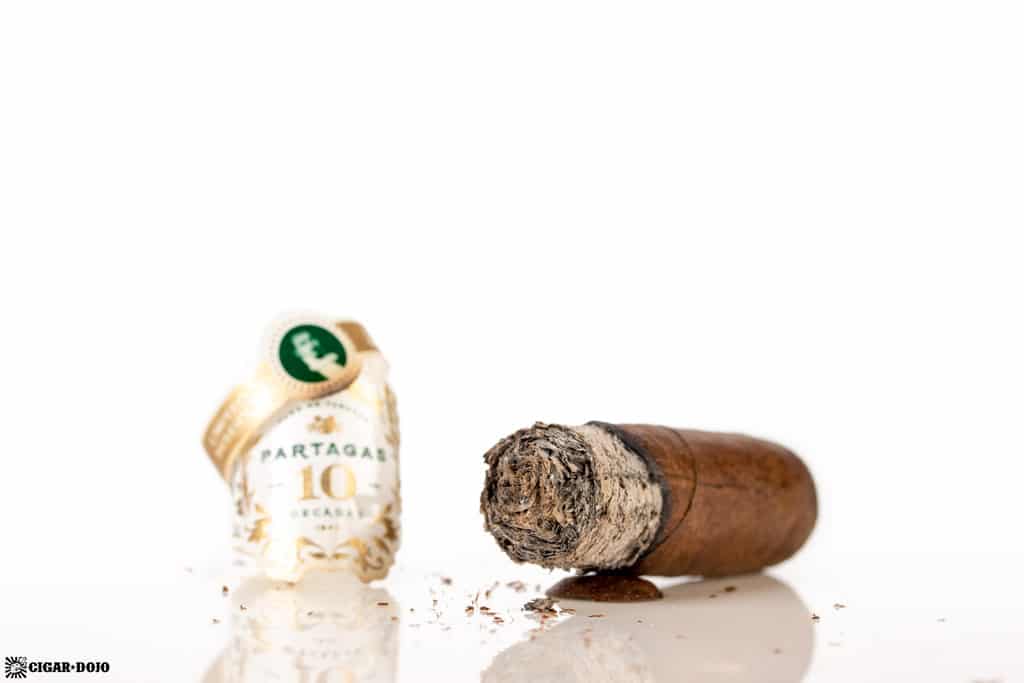 Partagas Limited Reserve Decadas 2019
First impression sayings are tiring, because they're often true. The initial appearance of this cigar is stunning but is quickly derailed with split caps and/or wrappers on multiple cigars. The initial acrid aroma is also unsettling. The balance of the cigar brings tremendous weight to this review, as I found the flavors to be enjoyable. The finish is also something worthwhile.
Appearance94%
Burn/Construction79%
Draw88%
Flavor90%
Complexity87%
Price/Value85%
Pros
Cons
2020-03-31
87%The New Old