Raise your hand if you were smoking cigars back in 2007. That was right around the time I started, so I’ll raise my hand halfway. That was back when the CAO Vision first hit the market. This was also right around the time that General Cigar acquired CAO. It was an interesting time for CAO and the Vision was turning some heads. Everyone was interested in the packaging. The box was white, with blue LED lights and, frankly, no one really cared about the cigar. The blend consisted mainly of Dominican tobacco, but everyone was blinded by the futuristic box. In fact, those old Vision boxes are a bit of a collector’s item today.

Fast forward to 2020 and CAO—now led by Brand Ambassador/Blender Rick Rodriguez—decided to bring the Vision back to market. The box and the bands look very much the same as they did back in ’07, but the blend is a totally different animal. Despite the now-countless cigars Rick has under his belt with CAO, he had never developed a Cameroon-wrapped blend until this cigar.

“Whether traveling across the world visiting cigar shops and even in doing virtual events as I have been for the last several months, the CAO fans always tell me that CAO Cameroon is one of the absolute best Cameroons on the market. It got me thinking about the time I spent learning the art of leaf priming and selection with Benji Menendez. Back then he loved Cameroon wrapper (he still does, by the way), and he spent a lot of time teaching me which tobaccos are the best for bringing out the Cameroon’s natural sweetness. I’ve never developed my own blend with a Cameroon wrapper, and I thought it was time to do it, to share my take on a Cameroon-wrapped cigar with Benji and the fans of CAO. It’s my way of saying thank you for this amazing career I have in the cigar business,” said Rick Rodriguez.

Benji Menendez, a mentor to Rodriguez and the man formerly responsible for maintaining brands such as Partagas, Macanudo, and many others, served as Rodriguez’s inspiration for the CAO Vision (2020). Benji is known, among many talents, for his work with Cameroon wrapper (including the legendary Partagas 150), helping to guide Rodriguez’s blending approach. 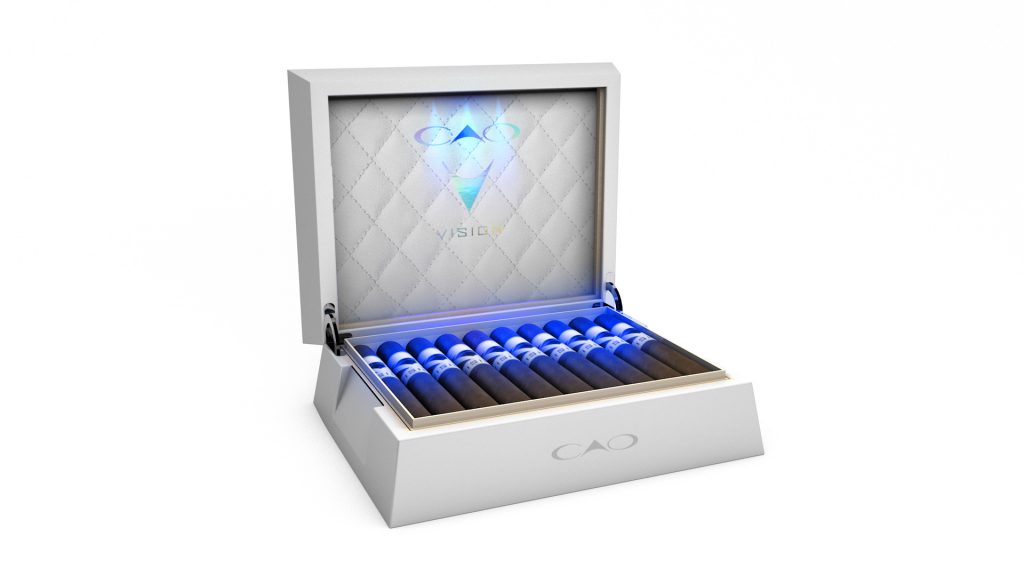 This cigar looks like the future. It has some holographic material on it, the main band is die cut, and the box lights up. It looks like something Marty McFly would find in a store in Back to the Future Part II. I dig the look, but I’m not a fan of the box. That shouldn’t matter, but when you go that far to make something that looks cool, I have no choice but to comment on it. I’m not a fan. With that said, I do like the look of the cigar, with the two bands, and the wrapper is gorgeous. 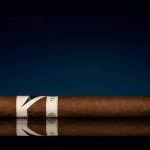 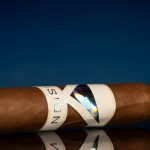 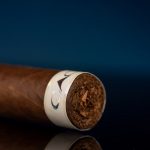 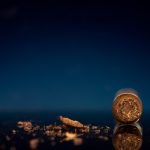 The Cameroon wrapper had a strong aroma of barnyard, hay, leather, and black pepper. The cold draw was a little on the loose side, and tasted of stewed dark stone fruit, cola, mild citrus, and black pepper. It was an interesting array of flavors. I can’t recall the last time I wrote “cola” in my notes.

The CAO Vision started off on the mild side, with very thin smoke output. There was a lot of mineral notes on the palate to start, along withs some white chocolate and raisins. Things picked up after the first half-inch or so. Notes of cedar, nougat, toasted bread, and honey were present. There was a mild bitterness in there as well, but I couldn’t quite put my finger on it. 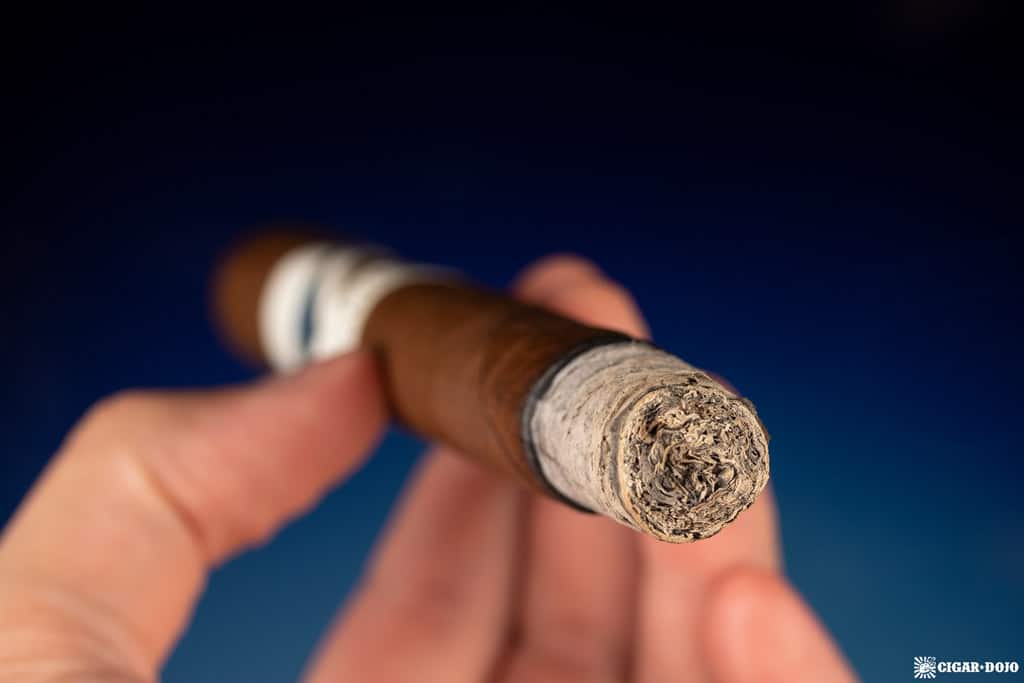 The cigar kicked up to more of a medium profile as we hit the mid-point. The white chocolate was completely gone by this point, but the other flavors remained. Notes of roasted peanuts and a mild creamed coffee joined the show.

The final few inches added a cinnamon quality to the lineup. The cedar was gone, along with that lovely honey and nougat sweetness. We were left with toasted bread, black pepper, cinnamon, and mild coffee.

This is a tough one. The cigar itself is solid and well worth smoking again, but is it worth the price point? There are a lot of good Cameroon-wrapped cigars out there that fall well below the $18.99 MSRP of the CAO Vision. I would definitely smoke it again, but there is no way I’m paying $18.99. 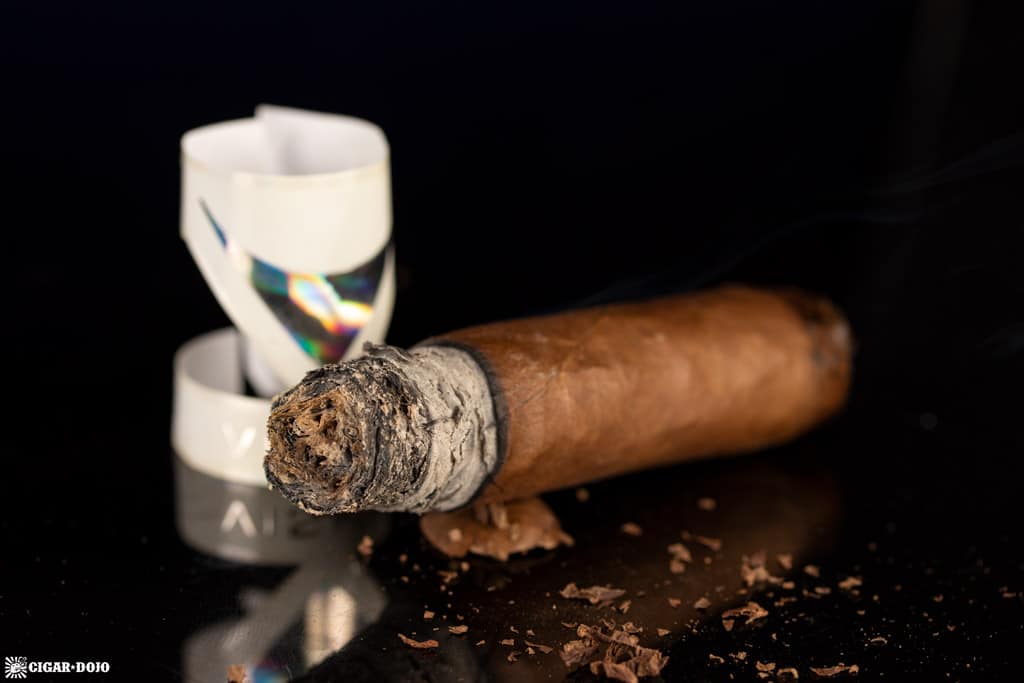 CAO Vision (2020)
The 2020 version of the CAO Vision has some "gimmick” to it, but it is also a solid smoke. Yes, the box lights up like something out of The Fast and the Furious, and yes, it checks in at an unreasonably high price point. But the blend is solid and it offers about two hours of smoke time. The profile is good, but not great, and it lacks the “wow” you might expect from an $18.99 cigar. It’s a middle-of-the-road cigar, even if it may look like something from the movies.
Appearance87%
Burn/Construction90%
Draw88%
Flavor85%
Complexity85%
Price/Value75%
Pros
Cons
2021-07-02
85%Middle of the Road