It is seeming as of late that manufacturers outside of the old guard are realizing the value of having a budget-conscious line of cigars (see: Factory Smokes by Drew Estate). Not to be outdone by other craft-minded brands in this space, former Dominican pro basketball player and NASA project manager Omar de Frias—along with the rest of the crew at Fratello Cigars—brings us the Camo line.

Released at the TPE trade show in Las Vegas in January 2020, this new bundle line consists of three versions: Fratello Blu (maduro), Fratello Rosso (Habano), and Fratello Verde (Connecticut). These names translate from Italian to mean Blue, Red, and Green, respectively, with each variation featuring the same camouflage design in the given color scheme. The blend info for each version is undisclosed, only noting the wrappers used. Each blend is available in two sizes (Robusto and Toro), packaged in simplistic cellophane bundles of 15 cigars. Originally slated for shipment in March, the global COVID-19 pandemic delayed the release of these cigars until early June.

Fratello Cigars founder, Omar de Frias, noted at the time of the Camo series’ release, “As crazy as the last few months have been for us all, it’s good to be able to get back to a little normalcy…and to share three great cigars at great price points for our retail partners and supporters.”

The cigars are packed in a cellophane bundles with a paper label in the camo color of choice. Unsurprisingly, the cigars themselves do not have the look of elegance, showing large veins, significant mottling, and glue marks. The wrapper is a nice oily dark brown, being somewhat rough to the touch. There are quite a few veins throughout the body of the cigar, and the cap seems roughly applied. The band is in a blue camouflage pattern and is similar in style to other Fratello bands, with the name “Fratello Blu” set in a rectangular hexagon in the center. 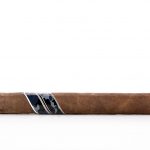 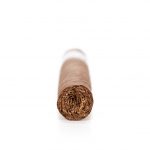 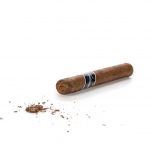 The aroma from the foot is a combination of natural tobacco and damp earth. It literally smells like a rolling room at a cigar factory and is quite pleasant. The pre-light draw, which was a tad on the tight side, shows mostly grassy and hay notes, with a little bit of sweet tobacco in the background.

The first few puffs give notes of sweet tobacco, dry grass, and hazelnut, with a light peppery zing on the retrohale. There is an underlying vegetal note detectable on the finish, which is quite long-lasting and sits on the sides of the tongue. Initial smoke output is on the heavier side. Initial performance is pretty good, making it hard to believe this is roughly a three-dollar cigar. 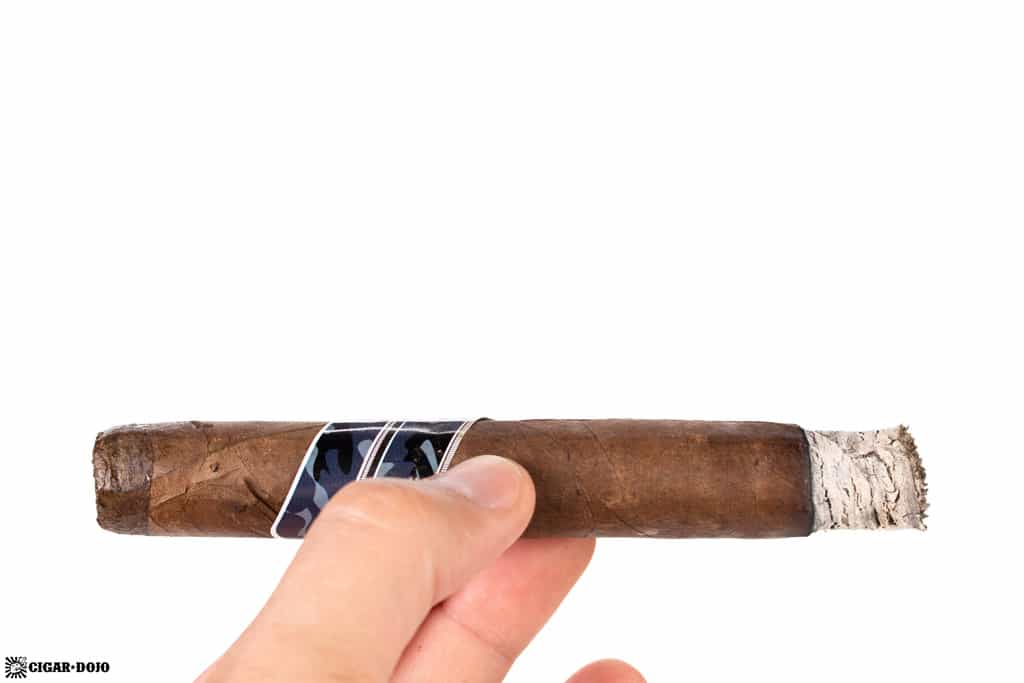 Moving a little farther along, the grassiness and vegetal notes fade away, and black coffee enters the picture to pair with the hazelnut. The overall finish of the cigar is on the sweet side, though not overly complex. Burn wise, things are a little wonky, though not needing a touchup. The ash is actually hanging on for dear life, eventually knocked off at about the inch-and-a-half mark (thankfully not becoming a clothing accessory). Strength and body are in the high end of the medium range, not quite to medium-full.

Coming to the finish, there really are no new developments in flavor, which was expected, due to the fact this is a budget cigar. The flavors present are solid, just not overly complex. About the only change from the mid point to the end is the sweetness, which is fading and giving way to bitterness—but not to the point of being unpleasant. The cigar heats up a little bit in the finale, being quite toasty down to the nub. 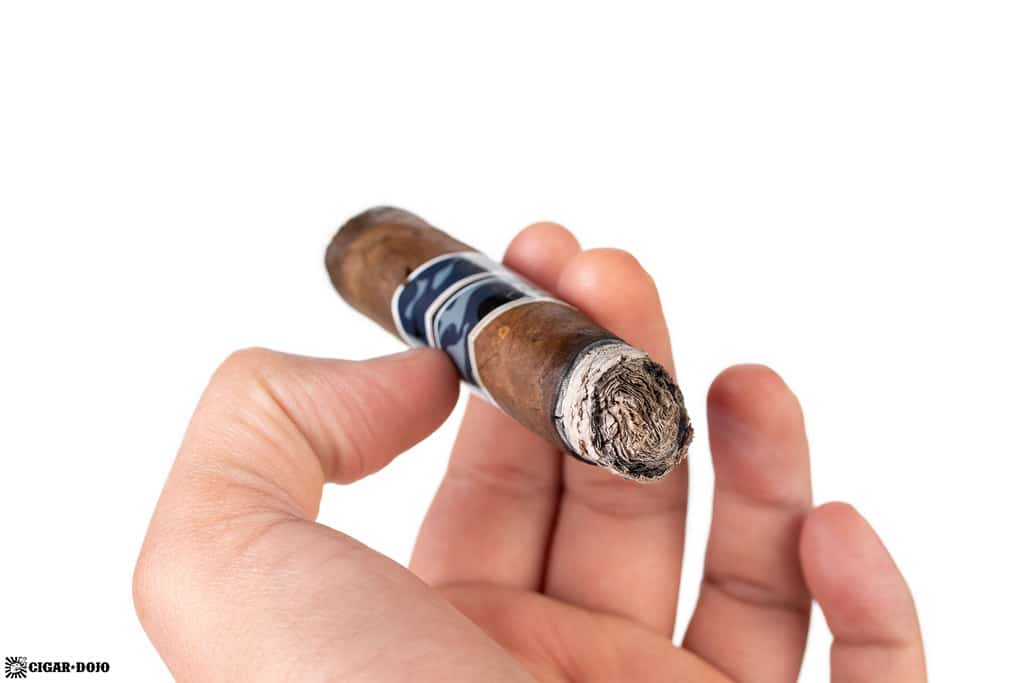 I would. Having a cigar that performs this well and has flavors that are enjoyable for around $3 is a win/win. The cigar was not stunning, being merely pleasant at its best, which is all I expect and require of it. Point being, if I got sidetracked and was only able to smoke half of it, I would not be disappointed. These would also be great cigars to have around for those friends that come over and want a cigar, but don’t yet have an appreciation for the finer smokes. At $49 for a bundle, these will have permanent residence in my humidor. 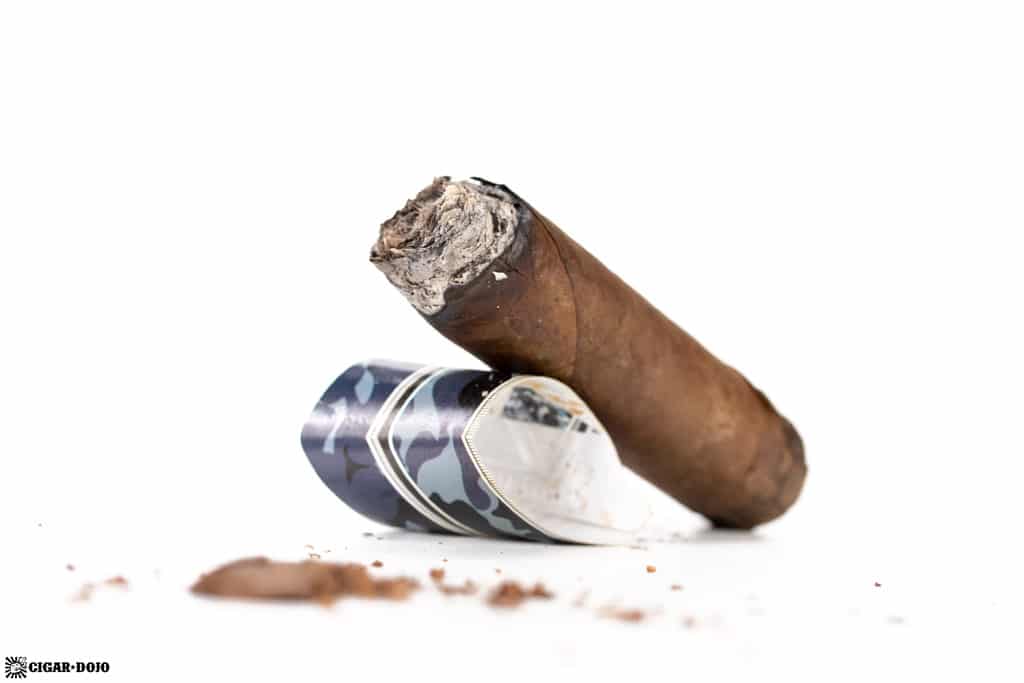 Fratello Camo Blu Toro
Having budget cigars around is something, as a hardcore enthusiast, I had never really considered. With a few of the major manufactures—as well as some of the well-known boutique manufactures—entering the fold in recent years, there's an expectation that such cigars may bring forth more engaging performances (at least when compared against the budget cigars of old). Having a cigar that can still be enjoyed while working around the house is a huge win. Also, being able to smoke a quality cigar when short on time is a big win. In my opinion, Fratello did a good job on the Camo series. Would they be a cigar I would reach for over others to sit down and enjoy a relaxing time with a cocktail? No. Would it be a cigar I would reach for to enjoy with a beer while grilling dinner. Absolutely!
Appearance72%
Burn/Construction76%
Draw78%
Flavor70%
Complexity65%
Price/Value87%
Pros
Cons
2020-09-18
75%Cash Camo