Casa Cuevas Cigars established themselves as a brand in 2016, with Luis Cuevas Jr. seeking to showcase the Cuevas name front and center. Rather than play the manufacturing role for the industry’s most prominent names, Casa Cuevas Cigars would highlight the talents of Luis’ father, Luis Cuevas Sr., and the family’s Tabacalera Las Lavas factory, located in Santiago, Dominican Republic.

Until 2019, the company had a core stable of three blends, all housed under the eponymous Casa Cuevas name (Casa Cuevas Connecticut, Habano, and Maduro). But the collection doubled after the 2019 IPCPR trade show, introducing two blends under the Cuevas Reserva name and a third (La Mandarria) that launched in limited fashion, later becoming regular production. 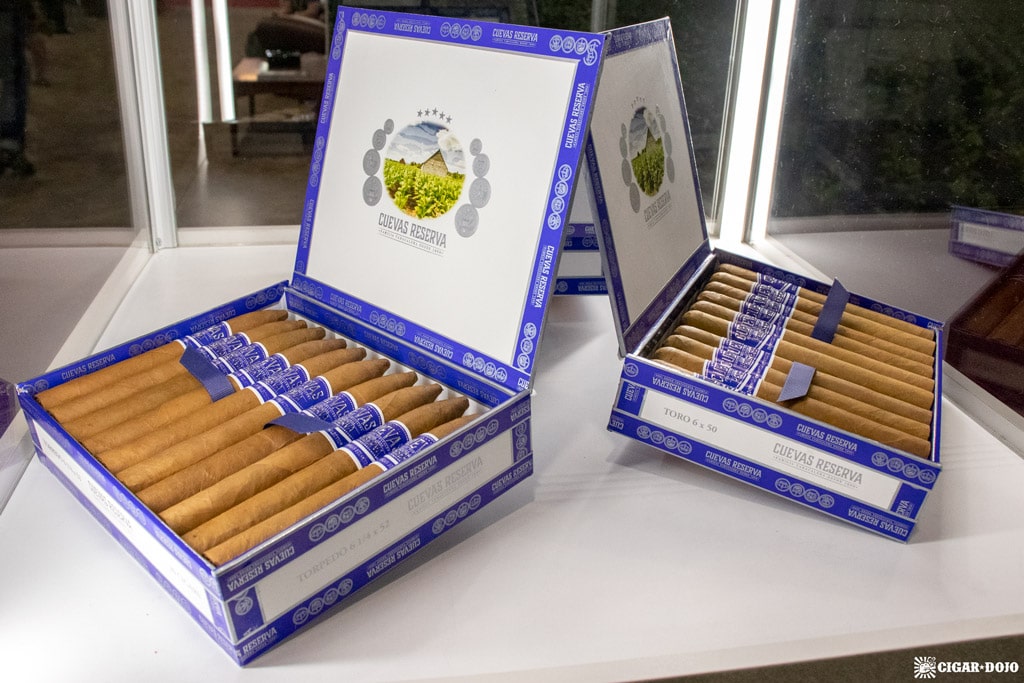 Cuevas Reserva Natural is positioned opposite the Cuevas Reserva Maduro. The brand was conceived in the early 2000s, with family patriarch, Luis Cuevas Sr., launching the line with little availability. This was due to a competing interest in the Tabacalera Las Lavas factory itself, which had begun manufacturing for contract brands at such a level that the Cuevas’ own cigars were forced to the sidelines.

Cuevas Reserva Natural consists of an Ecuadorian Connecticut wrapper over an undisclosed Habano-seed binder and fillers of the Dominican Republic, Nicaragua, and the U.S. Both versions of the brand were introduced in the same three sizes (shipping in Aug. 2019), with prices ranging from $9.50 to $10.40 (Natural) and $10.50 to $11.40 (Maduro).

Cuevas Reserva is packaged in 20-count classic dress boxes, where paper is wrapped around plywood, forming the box’s hinge on the backside. The Torpedo is the largest, most intricate, and most expensive vitola in the lineup. The cigar seems to have a medium bunch, feeling solid and springy when lightly squeezed from head to toe. The wrapper has a nice appearance; it’s a little more veiny than the model Connecticut, with more visible seams as well, but the shade is spot-on. Finally, the torpedo head tapers nicely, having an attractive look overall.

The Connecticut leaf emits light aromas of twangy musk, cedar, and citrus. The foots adds barnyard hay and lemon grass, also continuing the cedar note. With a straight cut, the pre-light draw brings in clean flavors of cedar and hay, showing a near-perfect draw (slightly firm, if anything). 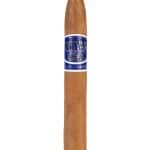 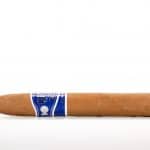 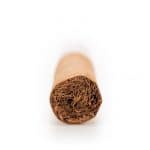 The first puffs of Cuevas Reserva Natural are concentrated on two ingredients: white pepper and nuts. The pepper is more upfront than a traditional Connecticut, though it can be fully retrohaled without stinging the nostrils. The profile is quick to grab your attention before gradually opening up to include vanilla-citrus in the background. The palate is clean overall, with an oily butter flavor through the finish and an even longer-lasting tingling sensation from the cut tobacco against the tongue. This is subtle at first, but when spotted, becomes a leading factor, standing out like SweeTARTS candy from combined elements of sweetness, tartness, and vanilla. 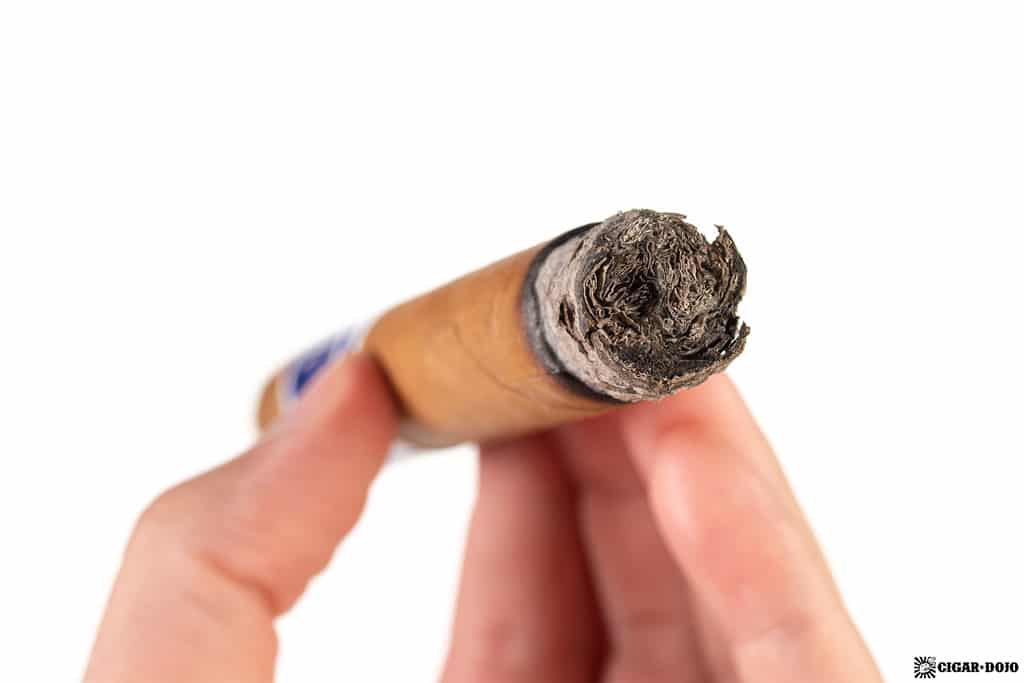 At an inch in, the profile is medium in flavor, just above mild in strength, and medium-light in body. Sweet cream and vanilla milk seem to lead the pack, with a touch of nuttiness making for a concoction like sweet hazelnut coffee creamer. The tartness adds a nice twang to a profile that could otherwise be perhaps too soothing, with citrus and cream coming together for a noteworthy buttermilk vibe.

Sweetness seems to fade at the halfway point, taking a backseat to toasted breads and nuts. This includes that of sourdough bread, continuing the twangy theme carried on (in one form or another) throughout the experience. The newly established profile carries through in a much more perpetual fashion than the development seen in the cigar’s beginnings. The smoke begins to heat up nearing the cigar’s finale, giving a dry texture to the profile and primary flavors of toasted bread and barnyard hay. 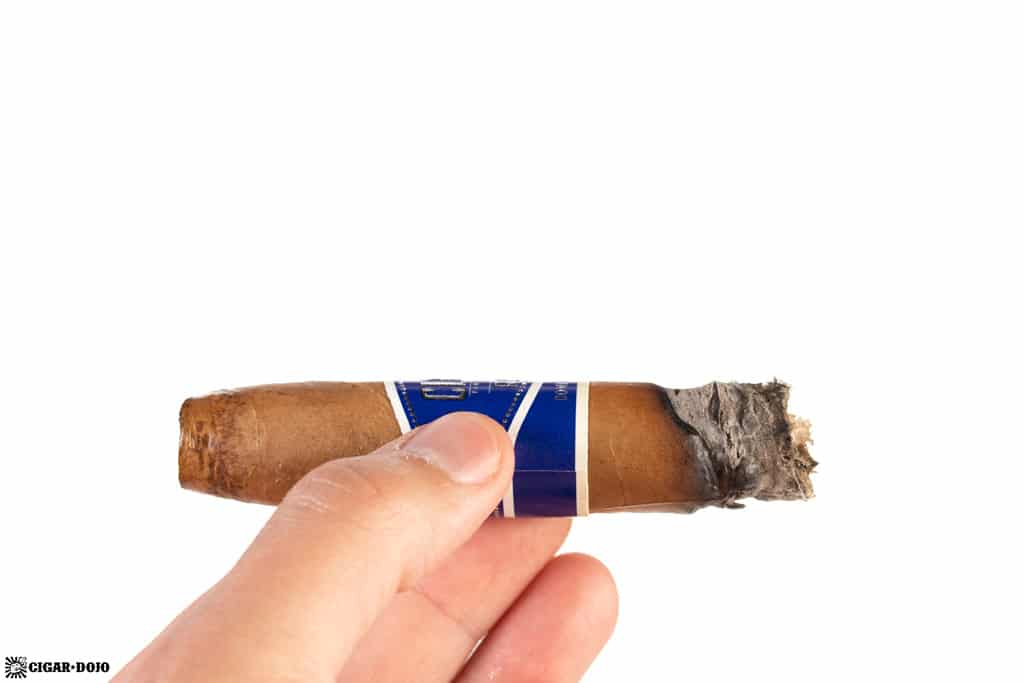 That’s an easy “yes.” The Cuevas Reserva Natural lets you know it’s there from the get-go, firing up with zesty pepper that slides into smooth and long-lasting cream, sweetness, and tart qualities that keep the attention and provide a lasting impact. 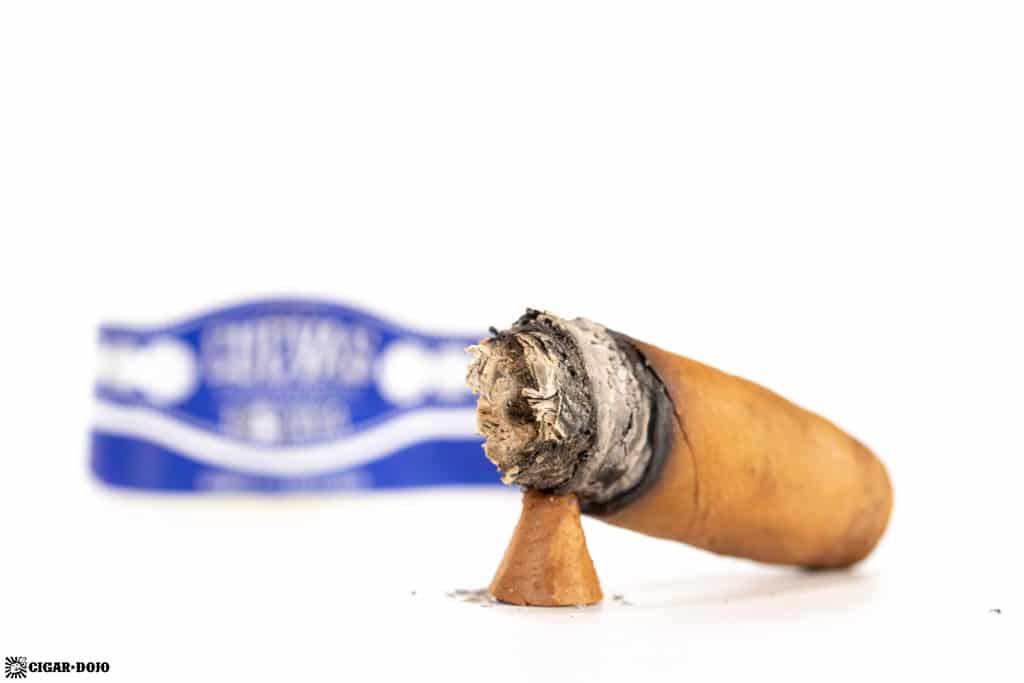 Cuevas Reserva Natural Torpedo
Cuevas Reserva Natural Torpedo is truly a solid addition to the Casa Cuevas portfolio, providing a solid and dependable experience one would expect from cigars of old, sprinkled with a flavor-forward edge for the modern enthusiast. The cigar boasts a near-perfect draw and a stunning first half, steadily evolving throughout and hitting a standout concoction not unlike SweeTARTS candy or buttermilk. Unfortunately, there were multiple touchups due to a persistent canoeing burn, and the profile became less engaging in the second half. Still, despite a heating temperature in the final stretch, the cigar never displays unwanted flavor characteristics. All told, it's complex enough to keep the attention and even leave a lasting impression, being clean on the palate and pleasantly tart on the tongue.
Appearance89%
Burn/Construction86%
Draw93%
Flavor92%
Complexity91%
Price/Value89%
Pros
Cons
2020-05-20
90%SweeTWANG