Following the debut of the Pappy Van Winkle Tradition in 2017 and the subsequent followup release in 2018, the cigars have now become an exclusive for Pappy & Company—an online store run by fourth-generation Van Winkle family members that sells Van Winkle-branded clothing, accessories, cigars, and more.

Pappy Van Winkle Tradition features the same recipe as with years past, including an Ecuadorian Habano Oscuro wrapper, Indonesian binder, and aged fillers from Nicaragua and the Dominican Republic. But where the original releases boasted seven sizes, the Pappy & Co. release includes only two: Robusto Grande (5½” x 54) and Toro (6″ x 50); both sizes were seen in the cigar’s 2017 debut.

The recent launch of the Tradition blend in the Pappy & Company cigar portfolio is an exciting new addition. As our customers’ interest and demand grows for more cigar offerings, we are thrilled to bring to market the Tradition blend which will truly complement the rest of our bourbon-inspired goods.Carrie Van Winkle Greener, co-founder of Pappy & Co. 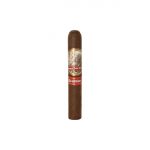 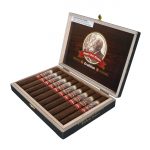 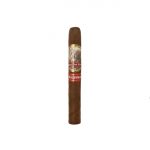 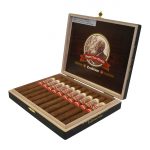 The Robusto Grande and Toro cigars are now for sale at Pappy & Co., packaged in boxes of 10 that are priced at $140 and $150, respectively.

We are thrilled to be providing the daughters of Julian Van Winkle, owners of Pappyco.com, with an exclusive cigar that is deeply aligned with the core of their culture and tradition and that matches the legacy of their brand. The Pappy Van Winkle “Tradition” is an exquisite stick, made for the true connoisseur, bursting with flavor and complexity.Jonathan Drew, founder and president of Drew Estate

Pappy Van Winkle Tradition first launched in October of 2017 in seven sizes, coinciding with the release timeframe of the Van Winkle’s sought-after whiskeys. The cigars were then launched again in the same timeframe for 2018, this time including a year’s age at the time of shipment; this second release included only five sizes, with the Churchill format being an exclusive for Drew Diplomat Spirits Retailers. There was no 2019 launch to tie in with the annual whiskey shipment. Interestingly, Drew Estate instead announced in October that the Pappy Van Winkle Barrel Fermented cigar would change from being a Pappy & Co. exclusive to a national release for authorized retailers (with the exception of the Flying Pig vitola, which remained a Pappy & Co. exclusive). Essentially, the two cigars have swapped places in terms of availability and distribution.