Year three for Jon Huber and Crowned Heads in the TAA Exclusive Series is The Angel’s Anvil TAA 2016. As with all Crowned Heads projects, there is a deeply rooted backstory to accompany the cigar’s name and concept.

Legend has it that there was one fallen angel, in particular, who fell to Earth from the heavens; finding himself alone and lost. Unlike other fallen angels, who were content to wander the earth in a soulless state of purgatory, this angel became bound and determined to find his way back to heaven.

The angel soon realized that his only way back would be to forge a new set of wings, by which he could ascend back to the heavenly skies. He walked the countryside for days and days, until he came upon a blacksmith. The blacksmith gave the angel a hammer and an anvil and said to him, “With these tools you will forge your new wings. With these wings, you will announce the words, ‘Ascend Word He,’ and you will find your way home.”

The story and cigar’s title have multiple metaphorical meanings. For Jon Huber, Crowned Heads co-owner, The Angel’s Anvil significance has correlation with his previous role at CAO – leaving the brand after it had been acquired by General Cigar Co. He then had to climb his way back, building the Crowned Heads brand we know today. The cigar’s name is also acronymous for the exclusive TAA series of which it is a part. 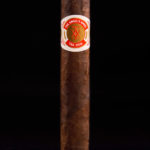 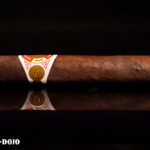 Jon made an interesting shift this year by using the dark and oily broadleaf wrapper and a box-pressed vitola, both “firsts” for this limited edition series. The Angel’s Anvil TAA 2016 has a very distinguished white, red and shiny gold band. The wrapper looks like your traditional broadleaf, but there was a few lighter, brown variations throughout. The foot of the cigar had very distinct, light brown and dark brown tobacco that took on a marble rye bread appearance. The cigar itself felt firm, with no soft spots at all. The aroma from the wrapper gave off a sweet, musky scent, like an old cellar. At the foot of the cigar, I picked up notes which smelled like an old and weathered oak barn door.

I used a straight cutter for this review and noticed the same marble-bread-looking tobacco right after I cut the cap off. My pre-light draw was with ease. More of the same weathered oak and aged tobacco flavors were noticeable straight away. The taste reminded me of the aroma of the tobacco aisle that I would go down in my local convenience store as a kid. Digging into the first third, there was a decent amount of smoke output within the first 1/2″. I could tell the construction was very well put together. The ash never fell within the first third. The ash itself was very white, with semi-flakey layers. The burn was not even at all though, and at times it looked as if it would correct itself – which it never did.

Going into the second third, I noticed a transition of flavors slightly. I was picking up flavors of slightly overdone, fresh-baked bread, with some leather and oak slowly dancing their way into the mix. It made me feel like I should be baking some bread myself while smoking it! The burn continued to be very uneven. However, I was about an hour into my experience and I still had about 1/2 of the cigar left. The ash was still a very clear, white color and fell after about 3″. The smoke output amped up during the second third as well.

The last third hit a wonderful sweet spot. It brought up thoughts of early autumn scents, right when the air is crisp and the leaves start to fall. The burn was still trying to correct itself throughout the last third but never quite got there. The white, flaky ash held strong and fell off after an inch. I felt as if the last third was a great culmination of flavors from the prior two thirds. 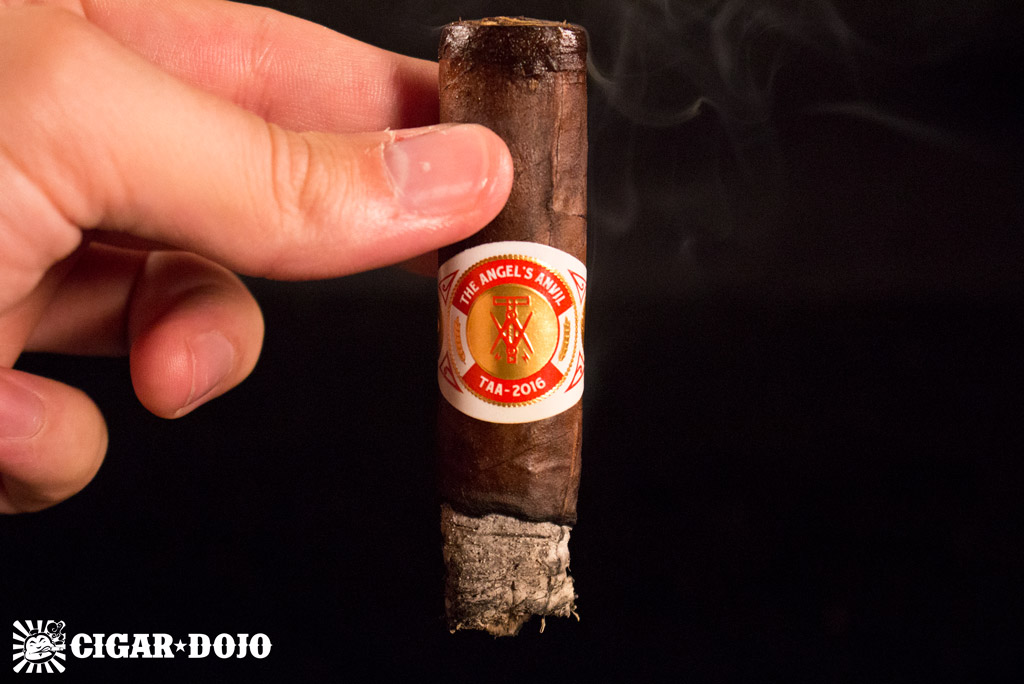 I would have to say most definitely. If you’ve tried The Angel’s Anvil TAA 2014 or 2015, you will notice that there are major differences. Prior to this review, I have smoked 5 Angel’s Anvil TAA 2016 cigars and feel there is a definite aging potential here. Each time I have revisited this blend, it has gotten better and better with age. Personally, I would rate the flavor profile as a strong-medium to medium-full. Strength wise, I was expecting the punch that a Connecticut Broadleaf wrapper-type cigar often gives – that was not the case here. That being said, it was still a very enjoyable cigar and experience overall. This is definitely my favorite Angel’s Anvil year thus far and would, at the very least, say it’s box worthy. 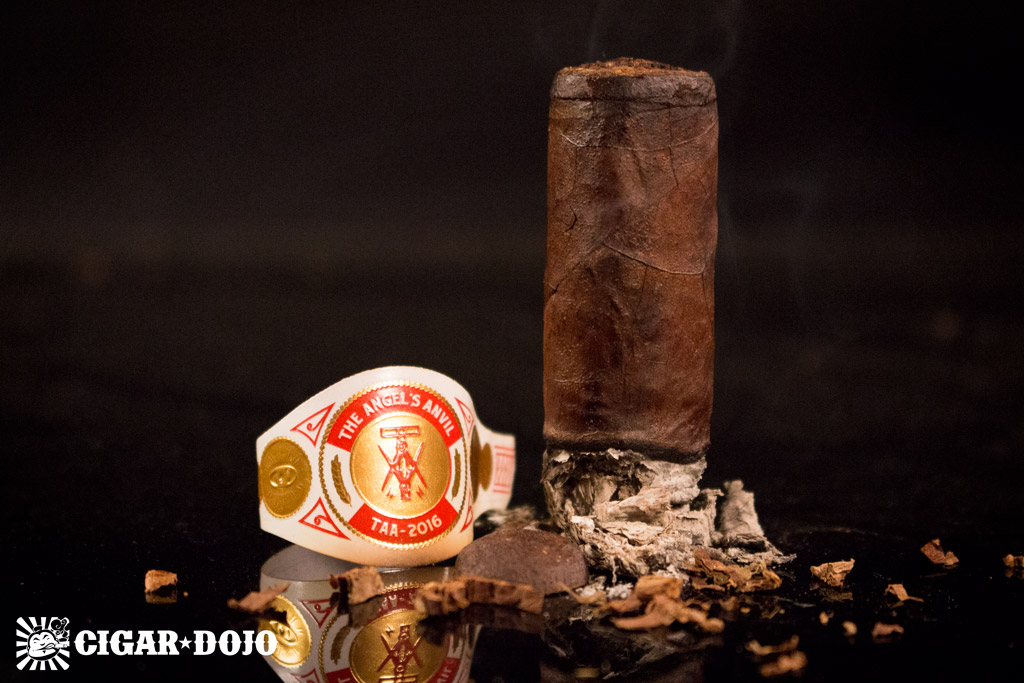 The Angel’s Anvil TAA 2016
In Crowned Heads' 3rd iteration of the limited edition "The Angel's Anvil TAA" series, the brand takes a dramatic detour. The Cuban-esque style of past TAA cigars has gone dark, binging more full and easily enjoyable flavors along for the ride. But the dark, new wrapper wasn't without its downsides. With a heavier leaf came difficult burn issues that seemed to follow the cigar throughout its journey. This will most likely be remedied with more acclimation and age. In the end, the positives easily outweighed the negatives, making for the best smoking experience to date in Crowned Heads' TAA series - as well as among the top two cigars in the TAA Exclusive Series overall for 2016 (ranking up there with the Tatuaje TAA 2016).
Appearance88%
Burn/Construction85%
Draw90%
Flavor94%
Complexity95%
Price/Value93%
Pros
Cons
2016-08-16
91%Heavenly
Reader Rating: (3 Votes)
64%