Camacho announced today the release of a new cigar line named “Powerband™”. Gear-heads and motorcyclists will appreciate it’s homage to the V-twin engine and marketing to match. This cigar promises to be a full-bodied smoke continuing Camacho’s theme of bold cigars.

Camacho, the world’s leading brand of bold cigars, is proud to announce the newest release under its Master-Built Series, Camacho Powerband™. An intense, adrenaline-fueled cigar experience inspired by the power, performance and acceleration associated with a classic V-twin engine, built to galvanize a brotherhood of freedom seekers.

The power and muscle of a classic V-twin engine. Peak performance from spark to exhaust. Earth-rumbling sound pulsing through your bones with each revolution. This is the experience of gripping an 800-pound American made icon. This is the experience of Camacho Powerband™.
Built with a tandem of legendary powerhouses, this latest edition in our Master-Built Series is defined by the high-octane intensity of Nicaraguan tobacco and the full-throttle flavor of our Honduran grown Original Corojo. Like firing pistons, the push and pull of these two supercharged fillers is amplified by a proprietary Powerband™ bunching process that maximizes airflow for peak performance.

To fire up a Camacho Powerband™ is to accelerate headlong into an experience that ignites your inner drive to push the limits at every turn. Built with tobaccos from five different origins, the cigar starts with intense notes of chili pepper and a pronounced oak note on the palate. The experience further intensifies in flavor as the twin Corojo ligeros in the filler begin to rev up. In the second third, the cigar begins to down shift as performance peaks and sparks of dark coffee and cocoa become present on the retrohale. In the last third, the cigar accelerates reaching near redline.

“As our master builders in the Dominican Republic did with the first release in the series, American Barrel-Aged, they’ve drawn inspiration for this new concept from a category and way of life that amplifies and reflects Camacho’s Live Loud world. Each Powerband cigar is built to capture the rush of adrenaline, force of acceleration and blast of endorphins felt barreling down the open road full tilt on an iconic V-twin motorcycle. To bring this experience to life, we’ve completely redefined the bunching of a premium cigar, utilizing proprietary processes that can be performed only by a handful of skilled rollers in the factory. Once again, they’ve pushed the limits of what a cigar could be,” said Dylan Austin, Vice President of Marketing for Davidoff of Geneva USA.

Powerband™ is constructed with three different ligeros in the filler. Two high-octane Corojo Ligero tobaccos, one from Estelí, Nicaragua and the other from Honduras, along with San Vicente Ligero from the Dominican Republic. The filler core is completed with two additional tobaccos from the Dominican, a San Vicente Viso and Piloto Cubano. The binder is Negrito San Andres from Mexico, and the blend is finished with a Habano 2000 wrapper grown in the rugged hills of Ecuador.

To bring the world of Master-Built to life, a full nationwide road tour is in the works and will kickoff at Davidoff of Geneva since 1911 Tampa on June 10th. The 2016 Camacho Master-Built Road Tour will make its way to over 50 retailers across the country, activating a series of unique experiences at each stop. For a full listing of tour dates and locations, stay tuned to: facebook.com/camachocigars. 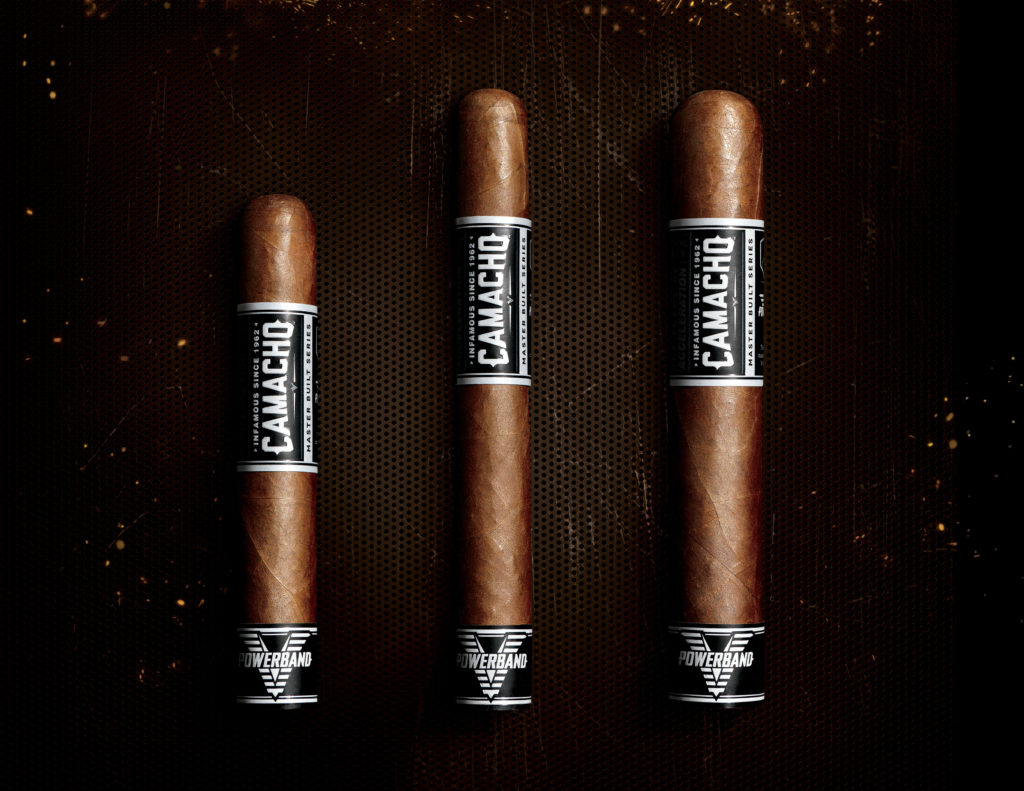