On January 29th, 1926, a legend was born—José Orlando Padrón. José turned 90 years old this year (don’t tell it to his face), and as such is a time of reflection on one of the most crucial tobacco leaders in the world. It’s no secret, Padrón cigars are the best of the best—and when the entire world can come to a consensus on anything—well, it’s profound, to say the least. Padrón Cigars (aka Piloto Cigars Inc.) lead the industry in numerous ways, whether you’re a new cigar smoker or ninety years old, odds are, a Padrón is at the top of your list.

But José Padrón’s life wasn’t all fame and fortune, it started off with very humble beginnings. This guy wasn’t born into a wealthy family of cigar aficionados—he fought tooth-and-nail to provide for his family. Working his day job as a gardener with the aid of the government, José earned roughly $60 a month. That didn’t exactly help him start a new business. It wasn’t until a friend of his gifted him a hammer, a simple gesture that held great meaning—self-sufficiency. José no longer had to rely on government hand-outs, he now had the opportunity to work hard and prove himself. With the help of his new carpentry job, José was able to save $600, move to Miami, and in 1964, create the cigar company that would change the way people enjoyed cigars forever.

The rest is history. With iconic anniversary cigars like the 1926 Serie and 1964 Anniversary, Padrón has produced some of the most notoriously high quality, aged tobacco in the world. But before José was able to celebrate such anniversaries, he had to start somewhere. His initial blend of cigars is what is now known as the “Thousand Series”. A lineup of 15 different sizes, simply featuring maduro and natural wrapper variants. The cigars are handmade with sun-grown tobaccos that are then aged a minimum of 2.5 years. Each cigar is affordably priced and still maintains that “Padrón quality” that cigar enthusiasts have come to know. 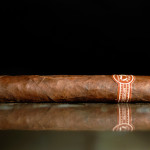 When looking at any of the Padrón anniversary cigars, you will notice extremely high attention to detail. The wrapper is beautiful and flawless, cap excellently placed, and band carefully wrapped. This is not the case with the “thousand series”. Don’t get me wrong, they don’t look bad, just a little sloppy in comparison. The 2000 Maduro has an oily and heavily-toothed wrapper, very visible seams, a few large veins, and a rather sloppy single cap. The band is simple, with a nice brown and white color scheme, outlining a design of leaves and Cuban landscape.

That’s enough about how this cigar looks. Regardless of any “flaws” to its appearance, I still think it looks delicious. On the cold draw, notes of coffee, earth, cedar, and deep tobacco can be detected through a straw-like draw. Once lit, a big pepper and habanero spice jolt my senses awake. The spice doesn’t last long, however, resolving to a pepper, earth, and coffee combo.

Once the cigar has had time to cool off from the initial light, a smoother, full body of flavors develops with a deep amount of complexity. Coffee, cream, dark-yet-smooth pepper, freshly cut cedar branches, and a dark cocoa and light spice on the retro-hale. The draw is extremely loose, common with Padrón, and takes a gentle and slow draw in order to keep the smoke cool and flavorful—don’t double puff unless you want charcoal and burning cows… 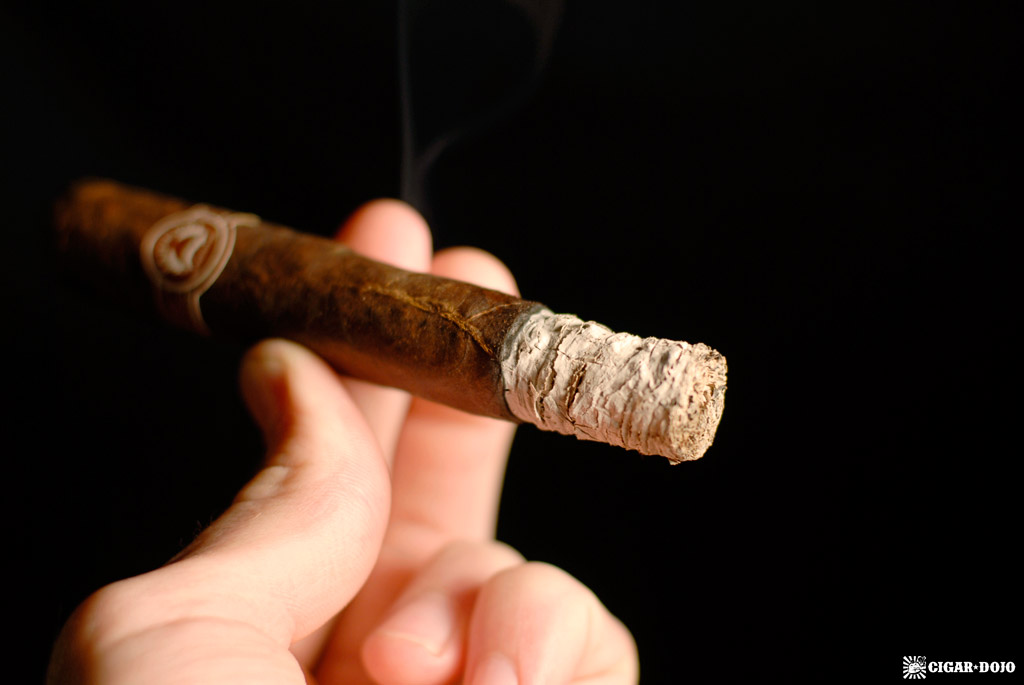 There is no need for a double puff, with a very satisfying amount of smoke from the slowest of draws—even after letting it sit for quite some time. The construction is marvelous, producing bountiful smoke and keeping a nice, long ash that will hold past two inches. Burning near the middle of the cigar, a bit of a flavor shift has taken place. Absolutely no spice is left anywhere, with a dwindling amount of pepper still on the finish. The cocoa has turned into a sweet, milk chocolate, combining with the coffee for a delicious creamy draw and finish. Smoke is thick and chewy, and never leaves me unsatisfied.

Things get a bit hot towards the end, with that loose draw making it very difficult to nub. I managed, however, as I actually enjoyed the third flavor bouquet. A deep earth, lightly spiced nuts, and burning cedar trees amount to a persistently smooth end to a delicious cigar.

Would I smoke this again?

Without question. For around $5, you simply cannot beat this quality of smoke! Killer construction, delicious flavors, and a smoking experience sure to satisfy, every time. 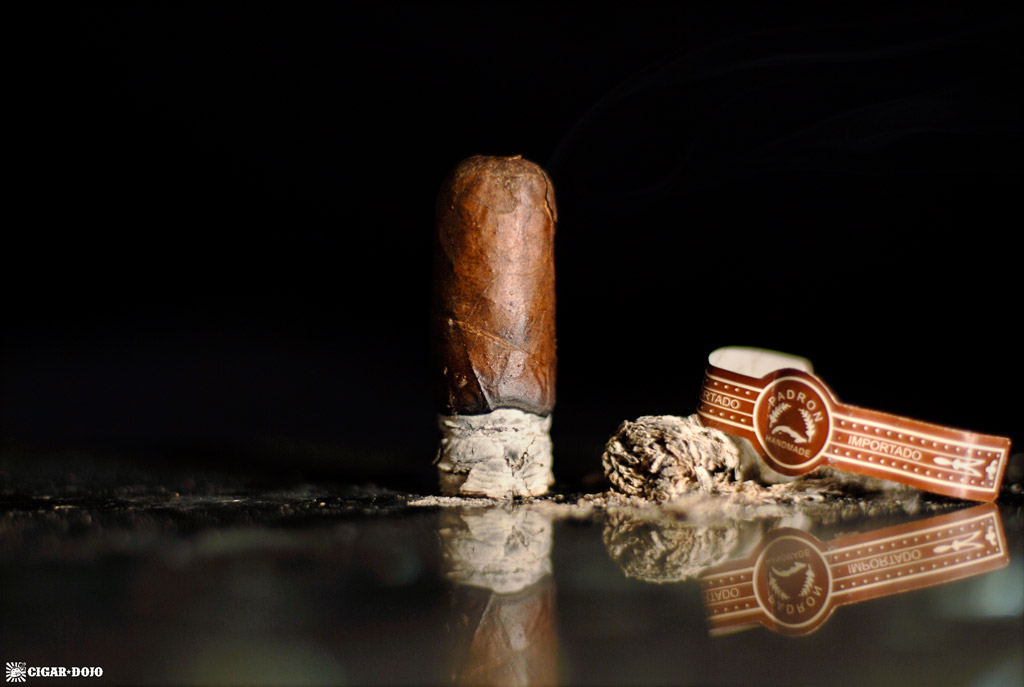 Padrón Series 2000 - Maduro
Although it may not be aged as long as Padrón’s anniversary lines, the 2000 Maduro puts the same dedication to flavor and construction/quality on a much more affordable shelf. Jose Padrón has created a legacy, and this year especially, you owe it to yourself to pick up any one of his cigars in dedication to his superb craftsmanship. Want to experience the best Nicaragua has to offer? Pick up the 1926 Maduro. On a budget but still want to experience what makes a Padrón a Padrón? Grab the 2000 Maduro, you won’t regret it.
Appearance86%
Burn/Construction96%
Draw82%
Flavor95%
Complexity84%
Price/Value100%
Pros
Cons
2016-02-24
91%A Must-Have Maduro
Reader Rating: (6 Votes)
91%