As summer winds down and fall begins its push to move in across the countryside, the evenings begin to get a chill, the leaves on the trees begin to turn, and it’s nearly time to harvest. It’s the yearly fall harvest that brings some of the most ripe and tasty fruit. It also brings us a very unique and interesting cigar: the Viaje Late Harvest 2013 Hang Time edition (the name in itself is a mouthful). The Late Harvest cigar is named after the process of allowing the leaves to stay longer on the tobacco stalk and therefore absorb more nutrients making them stronger and more complex (or something like that). The thing is, there isn’t much information available on these cigars so I’m half “winging” it.

The burn on the Viaje Late Harvest was uneven but it corrected itself enough to never need my attention.

I had been warned by 4 different people that I should let these cigars sit awhile in my humidor, as some folks have been reporting they tend to have burn issues. Yet, I didn’t have that luxury as I had already committed to smoking this cigar on the Kiss My Ash Radio Show, so I was a little nervous as to how this was going to play out.

The aroma of this cigar has a distinct sweetness to it, almost like the smell of a bushel of cherries. I chose the Viaje Late Harvest Hang Time 648, which understandably is the 6×48 version of the stick. The other vitola is the 550. The gorgeous, dark red-brown wrapper is adorned with a small little pigtail on the head (to keep our harvesting analogy in tact, lets call it a stem). 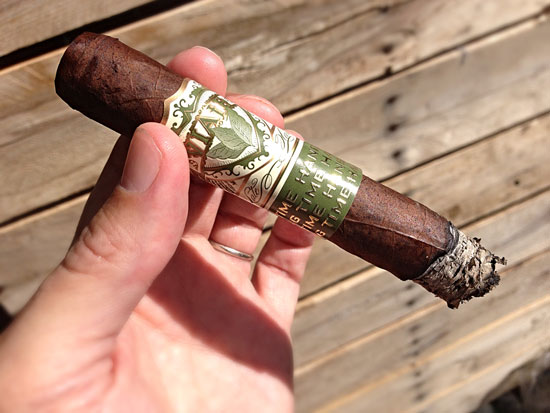 The cut, toast, and light reveal a wonderful draw and right off the bat I notice cinnamon and spice. Very fitting for a late harvest feast! I am getting plenty of satisfying smoke and I kinda sense this cigar might have a nice strength “kick” to it. Some of the spice flavors in this cigar are a bit hard for me to pin down, but one thing is for sure, the flavor profile of the Viaje Late Harvest reminds me a lot of the Drew Estate Liga T52. This could be due to the similar process of harvesting the leaves after they have remained longer on the plant. 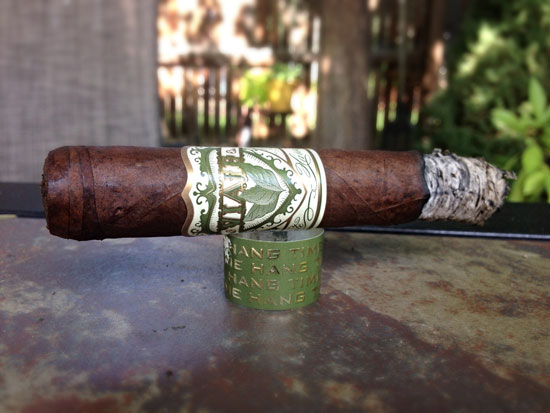 I’m very pleased to report that the warnings about burn issues did not effect my experience in the least. My Late Harvest burned admirably. Yes, at times the burn line was a tad wavy, but it typically corrected itself and the cigar never needed a relight. 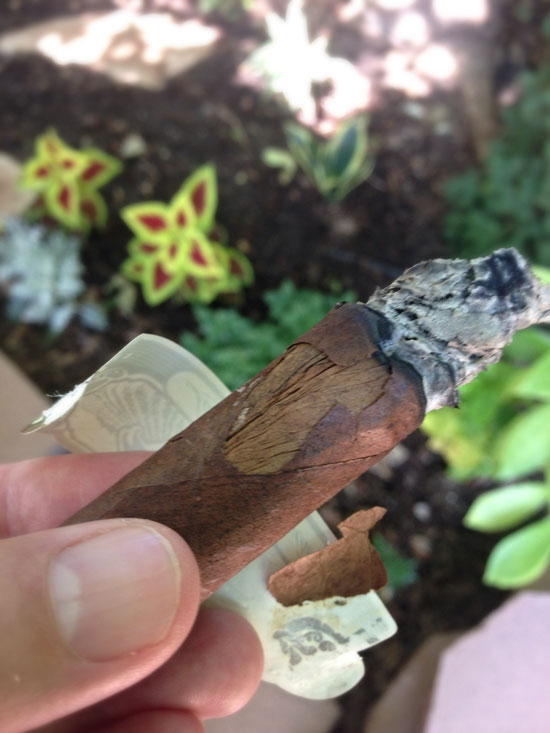 I didn’t notice any dramatic changes in the cigar flavor profile as I worked my way through it. It remained spicy with a hint if cinnamon. Have ya ever walked into a spice cabinet and all the aromas of the spices mix together and you can’t really tell what you are smelling but you know it’s various spices? That’s what the Late Harvest was like in my opinion, a hodgepodge of spices. As I neared completion of the cigar, the strength kick was noticeable and each draw provided a nice long finish on my palette.

A qualified yes. I qualify my answer because, while I enjoyed the Viaje Late Harvest very much, the $9 price tag would probably prevent this cigar from being my first choice. I will say that I like how Viaje offers these interesting small batch cigar offerings, as it breaks up the monotony and provides us cigar fanatics with something unique and interesting to try.